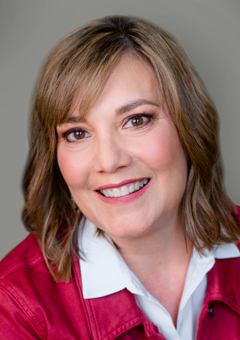 Expect more from yourself than your manager expects. That’s the professional standard that Elizabeth Estes has set for herself, and it has helped drive her success as director of training for Replacement Parts Inc. (RPI).

“If I’m satisfying that standard personally, then I can be pretty confident that the boss is going to be happy too,”  Estes says. Estes started in a sales-support role at RPI, and then shifted to store operations. As she saw the company embark on a training initiative for its store managers, she told then-COO Bill Schlatterer that she’d love to be involved. In 1997, the company created the new position of training director – and gave the job to Estes.

Over the past two decades, Estes has spearheaded the development of RPI’s training program, which has garnered several industry accolades. Most recently, in 2019 RPI received the Auto Care Association’s Career and Education (ACE) Award for large businesses, which recognizes companies that have invested in the growth of their employees’ knowledge, skills and professional development.

Estes encourages women in the aftermarket to seek out role models and mentors, even if it’s not as part of a formal mentoring program. “Especially if you have a good relationship with someone, they’ll help you through challenging situations,” she says. “Sometimes it’s good just to view things through someone else’s eyes, and from a different and a fresh perspective. And oftentimes they’re willing to coach too, if you’re willing to listen and try new things.”