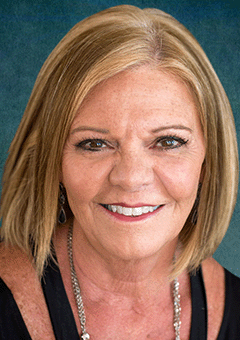 I began my career in the automotive aftermarket as an 18-year-old junior office clerk at Orvil W. Carter Inc. in Coffeyville, Kansas, later known as Carter Automotive Warehouse. My mother had been the bookkeeper for 15 years and she convinced the office manager to hire me as part-time help. It was a temporary job. A few months later, I was the full-time bookkeeper, five years later, the office manager. Now nearly 50 years later, I’m still here!

Carter Automotive Warehouse celebrated 101 years of selling parts and service in January 2022. At least one family member has always been a part owner. From Orvil Carter, who started the company, to adding stockholders, including my husband Terry Carter, to eventually buying out stockholders. Terry passed away in 2007, and I am now the CEO of Carter Automotive Warehouse. My daughter, Carissa, works with me in the business and is establishing herself to be my replacement one day.

I was instrumental in implementing our first computerized inventory system. A critical part of the automotive industry is the part number; and I was skilled at number recitation and recall. If you’ve ever ordered parts from a vendor or taken an order for parts from a customer, you know how important it is that you provide the number in groups, not one at time. If the order number is 532169484, you say it as 532 169 484; not 5 3 2 1 6 9 4 8 4.

I am especially proud of our non-traditional, woman-owned company with women in key positions. Currently, women lead our operations, service, branch, and office departments. In the past, we employed female warehouse supervisors, counter sales and delivery drivers. All have been well-qualified and accepted in this male-dominated industry. Our company is a team of “people,” not men or women. In 2015, the Governor recognized our company as one of six finalists for Small Business of the Year in Kansas.

My philosophy in life is “You get out of it what you put into it!” It has worked!