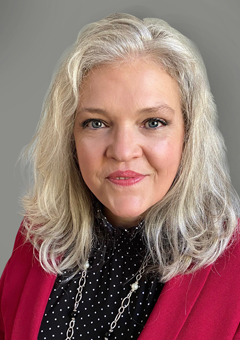 Cyndi Holt grew up in the automotive aftermarket spending summers and weekends working in her dad’s NAPA store in Arkansas. Today, she serves as National Sales Manager for NGK Spark Plugs U.S.A.

Initially, she had other goals in mind for her career – to either pursue a career in psychology, or as a basketball coach. Psychologist, sports coach, national sales manager: These may seem like disparate career paths, but in reality, they all entail people skills, strategic thinking and leadership – exactly what Holt enjoys about her role today. “Originally growing up in my family’s business, it was not the intention to stay in the industry, but I discovered this whole new world moving into the retail segment and then moving into corporate environments, and figuring out that, ‘Hey, there’s this whole other world and you’re pretty good at it,’” she says.

Holt noted that helping her customers and her company succeed has made her feel most accomplished in her career. “I think that any time I have been acknowledged by our customers with some type of an award that has been my proudest moment, because I do have a passion for the customer, and for driving sales for my company, as well as for the customer,” she says. When it comes to advising other women on how to succeed in this industry, Holt says, simply be yourself and don’t worry about gender: “The first thing I would say to other women would be, don’t worry about being a woman. It doesn’t matter anymore. You can achieve just as much as the men can. So don’t worry about being a female, just be the best you can possibly be.”