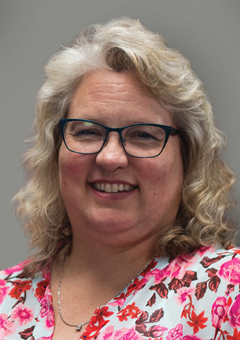 Bonnie Delaney has been involved in the automotive aftermarket for as long as she can remember. In 1936, her grandparents founded Baxter Auto Parts in Chehalis, Washington. In 1969, they launched a distribution division called Performance Warehouse.

Working in the family business from a young age gave Delaney the opportunity to gain experience in many facets of the industry.

Delaney, however, admits she wasn’t sold on working in the aftermarket at first. “I’d watched my grandmother and my aunt and even my mom struggle with the being the silent giants in the background, and I didn’t want that.” It took her several years after high school and college to realize that the aftermarket was her “true calling.” Today, Delaney is national marketing director for NPW Companies, which acquired Performance Warehouse in 2018.

The best professional advice Delaney ever received was from her grandmother, who told her she didn’t have to be “one of the guys.”

“And I think that has a lot of value, even today,” Delaney says. “It’s such a male-dominated field. Younger men are used to having women in the workforce; for most of them, they don’t know any differently. But for those of us who have been doing this for a long time, there used to be a lot of pressure to be one of the guys. And we’re not. We will never be one of the guys. Our perspective and insight are different and – honestly – needed in the industry.”