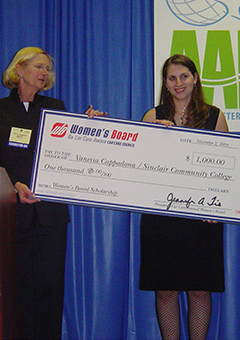 The late Becky Babcox (1952-2012) was a longtime aftermarket industry veteran, having been co-owner of Babcox Media, along with her brother, Bill Babcox, current CEO. They were the third generation of the Babcox family to run the company founded by their grandfather, Edward S. Babcox, in 1920. Becky retired from the company in 2006, after nearly 30 years in the business. She was named Woman of the Year by the Car Care Council Women’s Board that same year.

In addition to serving as corporate secretary of Babcox, Becky was the publisher of Automotive Rebuilder magazine, known today as Engine Builder magazine. She was an active participant in the rebuilding industry, serving as a board member of the Production Engine Remanufacturers Association and numerous other aftermarket associations.