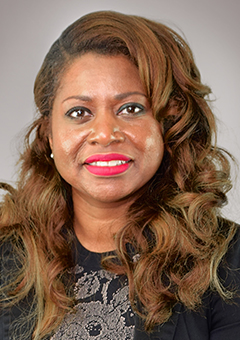 Taking chances has led to incredible things for Ann-Marie Hines.

Now senior marketing manager, Automotive at Lumileds, Hines began her career at one of the industry’s most venerable suppliers: Federal-Mogul. Answering an ad in a newspaper for a summer job as a customer service agent not only led to a career that Hines is passionate about, but also helped her earn three degrees along the way.

“I convinced my parents to allow me to work and go to school at the same time. I did that and I actually gained three degrees while at Federal-Mogul – an associate’s, a bachelor’s and a master’s,” Hines says.

Hines stayed at Federal-Mogul for 14-and-a-half years, progressing through a series of roles in a variety of departments, including pricing, sales and product management. She’s now been with Lumileds for nine years. Regardless of the department she’s worked in, being curious and open have been key to success for Hines.

“Love what you do,” she says. “Be open to others’ ideas and feedback. Don’t take everything personally. And, most important, have fun, and don’t be afraid to take on risk.”

“It’s been a great career and this industry itself, I’d say, is a best-kept secret,” Hines adds.