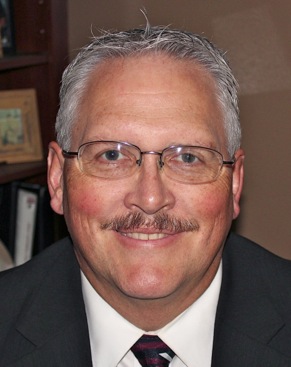 “We’re pleased to bring on someone of James’ caliber and experience,” said Dennis Stanko, VP’s director-consumer product sales. “He has a broad and diverse background in all phases of the aftermarket industry, which we anticipate he’ll be able to leverage very effectively on behalf of VP.”

“I’m very excited about joining the VP team,” said Rugg. “From my time in the automotive aftermarket industry, I was very familiar with the VP brand and what it represented. Its reputation for technological innovation and top quality fuels is second-to-none and VP is clearly bringing the same expertise and passion to its consumer products.”

“VP Small Engine Fuel already has established a beachhead in the outdoor power equipment industry with incalculable growth potential,” Rugg added. “VP’s upcoming line of performance chemicals, including a fuel system cleaner, power boost and more, is sure to resonate with consumers already familiar with VP’s talent for achieving superior performance gains. When you have a foundation like the VP brand to build on, it will make my job that much easier – the value proposition speaks for itself.”

Rugg began his automotive career at the NAPA Distribution Center in Kent, Wash., where he progressed through several positions before being promoted to assistant sales manager in 1987. In 1989, he was promoted to sales manager at the distribution center in San Antonio, where he was very successful at growing sales and improving market penetration. He was promoted to a new position in Dallas in 1992, responsible for training and development of all employees for a seven state region before moving up to operations manager for NAPA’s Distribution Center in Houston in 1996.

Acting on a desire to return to sales in 1999, Rugg signed on with Royal Purple Lubricants as national sales manager. While with Royal Purple, Rugg covered all areas of the U.S. and Canada, growing sales by opening up and training new distributors and their sales people.

Anita Sehgal Elected to Holley Board of Directors
Connect with us