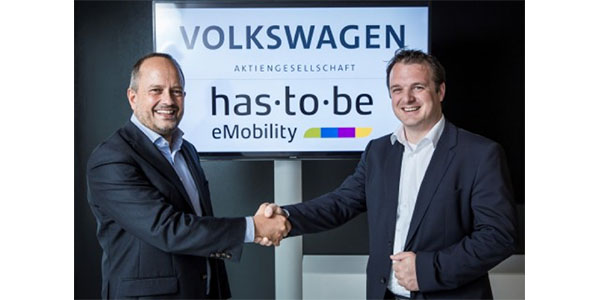 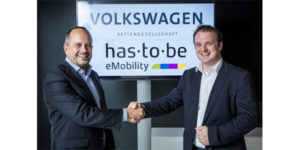 Volkswagen is increasing its commitment to charging infrastructures and has announced plans to work closely with has·to·be GmbH, a supplier of operating systems for electric mobility. To this end, the VW Group is acquiring a minority stake in the company through its subsidiary Elli.

Together, has·to·be and Volkswagen will pursue expansion of the Europe-wide store network and participate in the rapidly growing market for charging solutions. The Group’s own charging stations also are already partly operated with has·to·be software and are thus part of an integrated charging ecosystem.

With more than 70 employees from 10 countries, has·to·be GmbH manages more than 16,000 charging points, mainly in Europe, but also worldwide – from Norway to Australia and from the United Kingdom to Taiwan. The company’s venture began six years ago with Audi from Ingolstadt as the first customer. Since then, sales have at least doubled every year – mainly due to strong demand from Germany and Switzerland. In the meantime, the spectrum of customers ranges from the automotive industry to energy suppliers and industrial companies.

IONITY, Europe’s largest fast-charging network, is regarded as the foremost reference: a merger of the BMW Group, Daimler AG, Ford Motor Co. and the Volkswagen Group with Audi and Porsche. By the end of 2020, IONITY plans to build a total of 400 fast-charging parks on European motorways. has·to·be software will be used at all stations.

Advertisement
In this article:charging infrastructure, electric vehicle charging, VW
Print
Up Next: