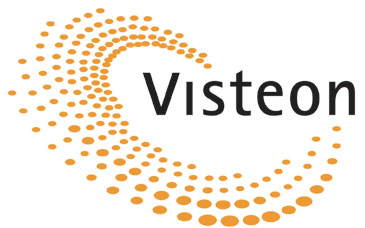 Visteon continues to execute cost-reduction actions in response to the current market conditions beyond those associated with the previously announced three-year improvement plan. These additional cost-reduction actions include global salary and hourly workforce reductions, shortened work weeks, temporary reductions in pay, elimination of 401(k) matching and merit increases, along with other cost- saving measures.

Additionally, during 2008 Visteon completed the remaining restructuring activities under its three-year improvement plan, bringing the total number of completed actions to 30. These actions were completed ahead of schedule, at lower cost, and with greater savings than initially planned.

"The restructuring actions completed under the three-year improvement plan have resulted in significant diversification of our business across customers and regions, which makes Visteon an important partner during these extremely difficult market conditions," added Stebbins.

For fourth quarter 2008, total sales were $1.65 billion, including product sales of $1.55 billion and services revenue of approximately $100 million. Product sales decreased by about $1.2 billion year-over-year as lower production and sourcing actions, net of new business, reduced sales by about $685 million. Divestitures and closures, in connection with the three-year plan, and foreign currency further reduced sales by about $200 million and $250 million, respectively. The company experienced lower sales in each of the major regions in which it operates, reflecting decreased production volumes by all customers as vehicle sales declined in response to global economic conditions.

Selling, general and administrative expense for fourth quarter 2008 totaled $111 million, a decrease of $80 million or 42 percent compared with the same period a year ago.

For the full year 2008, Visteon’s sales from continuing operations were $9.54 billion, including $9.1 billion of product sales. Product sales decreased $1.64 billion from 2007 as divestitures and closures of approximately $1 billion in connection with the three-year plan, and lower production volume of approximately $750 million, were partially offset by $170 million of foreign currency. Services revenue for the year of $467 million decreased $87 million from 2007.

Product gross margin for 2008 was $456 million, decreasing $111 million from the same period a year ago. This decrease reflects the impact of lower production volumes and divestitures and closures, partially offset by net cost performance, restructuring savings and favorable currency.

Selling, general and administrative expense for 2008 totaled $553 million, a decrease of $83 million from the prior year.

As of Dec. 31, 2008, Visteon had cash balances totaling $1.18 billion and total debt of $2.76 billion, which included $75 million drawn on the company’s asset-based U.S. revolving credit facility and $92 million outstanding under its European receivables securitization facility. The company drew $30 million under the asset-based U.S. revolving credit facility on Jan. 28, 2009, which exhausted substantially all of the current availability under these facilities, taking into account letters of credit issued under the U.S. facility. The European receivables securitization facility was amended as of Oct. 30, 2008, to provide for both additional availability and flexibility under the structure. The amendment resulted in the inclusion of the facility on the company’s consolidated balance sheet as of Dec. 31, 2008. The consolidation of this facility affected Visteon’s receivable and debt balances, with no impact on cash.

Additionally, the escrow account used to fund restructuring actions totaled $68 million at Dec. 31, 2008. These funds are not consolidated within Visteon’s financial statements nor are they included in the balances referenced in this news release.

In view of volatile macro-economic and industry conditions, Visteon is not providing guidance for future periods. In addition, Visteon is assessing the impact to the global automotive industry of the restructuring plans submitted to the U.S. Department of the Treasury on Feb. 17, 2009, by General Motors Corp. and Chrysler LLC, as well as other global original equipment manufacturer actions and announcements, and the related implications to Visteon’s business plans and liquidity.