PENDLETON, Ind. – The Technology & Maintenance Council (TMC) of the American Trucking Associations (ATA) has presented Michael Crull with its prestigious Silver Spark Plug award. The award, presented to individuals for outstanding contributions to the improvement of heavy-duty vehicle maintenance, was given to Crull at the TMC 2009 Annual Meeting held recently in Orlando, Fla. 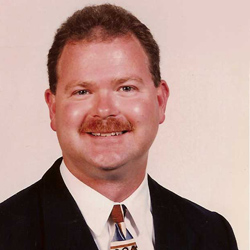 Crull has been an active and dedicated member of TMC since 1990. He spent five years as secretary of the S.1 Electrical & Instruments Study Group. He was also chairman of the Recommended Practice Updates Task Force for 13 years. Remy has been involved with TMC since its inception in 1956. Crull, who has been with Remy since 1981, now becomes the fifth individual affiliated with the company that has won this esteemed Silver Spark Plug award.

“During his nearly 20 years of membership with ATA’s Technology & Maintenance Council, Mike Crull has provided outstanding leadership within the Council’s S.1 Electrical and Instruments Study group,” said Robert Braswell, technical director of TMC. “Mike is one of those behind the scenes types that doesn’t seek the limelight, and he’s one of the folks who literally help TMC write the book when it comes to best practices for electrical systems.”