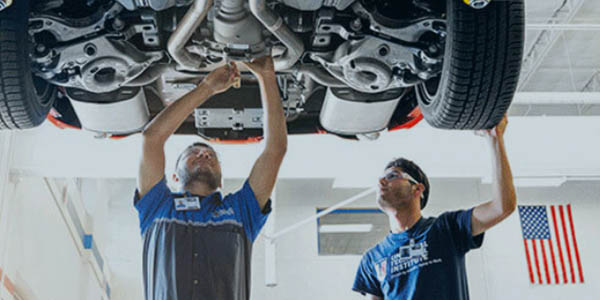 Four Universal Technical Institute campuses have been named 2019-2020 “Schools of Excellence” by the Accrediting Commission of Career Schools and Colleges (ACCSC). The designation, which is the commission’s most prestigious institutional achievement award, recognizes commitment to quality education and preparing students for success.

UTI-Avondale (Arizona), UTI/MMI-Orlando (Florida), MMI-Phoenix (Arizona) and UTI-Rancho Cucamonga (California) were all named ACCSC “Schools of Excellence” as a part of the 2019-2020 ACCSC accreditation renewal process.

In addition, UTI’s newest campus in Bloomfield, New Jersey, received a 2019-2020 “School of Distinction” award for “commitment to the expectations and rigors of accreditation, and delivering quality educational programs to students.” At the time of the ACCSC review, the Bloomfield campus was too new to be eligible for the School of Excellence designation.

“The Schools of Excellence award is not something ACCSC gives. It is something schools earn,” according to ACCSC Associate Executive Director Christopher Lambert. “ACCSC is incredibly proud of the work being done by UTI to deliver high quality educational programs that provide meaningful opportunities for students to enter the workforce with in-demand skills. In partnership with UTI, ACCSC is committed to continuing to explore innovations that put students first and contribute to workforce development in the United States,” Lambert said.

“We are exceptionally proud of our teams and their dedication to operating excellence, exceptional education and, above all, the success of our students,” said UTI Chief Executive Officer Jerome Grant. “Out of 650 schools now accredited by the ACCSC, only 14 schools earned Schools of Excellence awards and four of those were our campuses. Every day, and especially now during the pandemic, we see the difference our campus teams make. This recognition by the ACCSC validates our work to give students the skills employers want and provide industry with the highly trained technicians they so urgently need.”

ACCSC is recognized by the U.S. Department of Education as the designated accrediting body for more than 650 post-secondary, trade and technical schools that serve more than 150,000 students nationwide. In 2020, UTI-Avondale, UTI/MMI-Orlando, MMI-Phoenix and UTI-Rancho Cucamonga are among just 14 ACCSC-accredited institutions across the country to be honored by ACCSC as “Schools of Excellence.”

“Since 2013, UTI campuses across the nation have been named Schools of Excellence 16 times, illustrating our success in supporting our students and delivering strong student outcomes. We are proud that four of five UTI graduates went to work in their fields of study last year and that our graduates continue to be in strong demand despite record unemployment across the country,” Grant said.

Advertisement
In this article:Universal Technical Institute
Print
Up Next:

Interns Selected For 2020 Respect Is Learned In The Pits