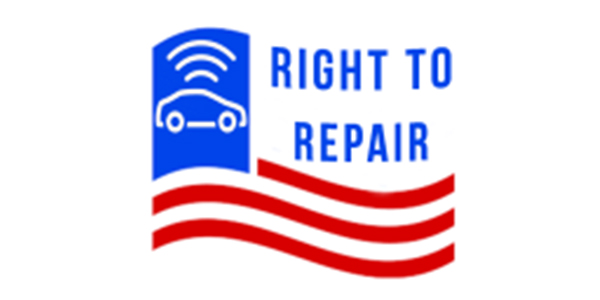 The Massachusetts Right to Repair Coalition today announced it has turned in 102,000 signatures to ensure an initiative petition to enact an update to the Commonwealth’s Right to Repair law before it reaches the 2020 ballot. The Coalition – a group of Massachusetts independent repair shops, auto parts stores, trade associations, consumers, and drivers – said that a lack of progress on an update to the law in the Legislature led them to pursue an initiative petition so that Massachusetts car owners will continue to have access to the repair and diagnostic mechanical information produced by the vehicle they own.

By 2020, advancements in vehicle technology and increasing restrictions by automakers will result in more than 90% of new cars being equipped to transmit real-time diagnostic and repair information wirelessly to vehicle manufacturers, which could threatening Massachusetts consumers’ rights to choose to get their cars fixed at trusted independent repair shops or do the work themselves.

The Massachusetts Right to Repair Coalition supports bipartisan legislation filed in January by 12 State Representatives and two State Senators to update the Commonwealth’s Right to Repair law. The bills generated 55 co-sponsors, and if the bill is enacted into law by the legislature in 2020 it would eliminate the need for the ballot question to proceed.

“We need to update the Right to Repair law before wireless technologies remove the car owner’s right to get their vehicle repaired at our local, independent shop because the automaker would rather steer them toward one of their more expensive dealers,” said Alan Saks of Dorchester Tire Service. “This is a common-sense reform and we’d love to see the Legislature move forward and fix it so that we don’t have to go to the ballot to protect consumers’ rights to shop around for car repairs.”

Said Massachusetts Right to Repair Coalition Director Tommy Hickey, “Independent repair shops across Massachusetts are proud to reach this milestone of more than 100,000 signatures. Our independent shops are increasingly facing the prospect of having limited or no access to diagnostic and repair information now that automakers are restricting access through rapidly expanding wireless technologies in vehicles not covered under current law.”

The ballot initiative would give car owners access only to the diagnostic and repair data generated by their car, and they could opt to provide access to any dealer, repair shop, or automaker that they choose during the lifetime of their car.

The Coalition delivered its signatures to Secretary of State William Galvin’s office on Tuesday and Wednesday. The initiative petition filed is entitled An Initiative Law to Enhance, Update and Protect the 2013 Motor Vehicle Right to Repair Law. The key provision of the initiative is as follows:

Commencing in model year 2022 and thereafter a manufacturer of motor vehicles sold in the Commonwealth, including heavy duty vehicles having a gross vehicle weight rating of more than 14,000 pounds, that utilizes a telematics system shall be required to equip such vehicles with an inter-operable, standardized and open access platform across all of the manufacturer’s makes and models. Such platform shall be capable of securely communicating all mechanical data emanating directly from the motor vehicle via direct data connection to the platform. Such platform shall be directly accessible by the owner of the vehicle through a mobile-based application and, upon the authorization of the vehicle owner, all mechanical data shall be directly accessible by an independent repair facility or a class 1 dealer licensed pursuant to section 58 of chapter 140 limited to the time to complete the repair or for a period of time agreed to by the vehicle owner for the purposes of maintaining, diagnosing and repairing the motor vehicle. Access shall include the ability to send commands to in-vehicle components if needed for purposes of maintenance, diagnostics and repair.

The Massachusetts Right to Repair Coalition now has more than 4,000 members statewide. In addition to independent repair shops and Massachusetts auto parts stores, members of the Coalition include the Alliance of Automotive Service Providers of Massachusetts (AASP-MA) and the New England Tire and Service Association (NETSA). Further information may be found at massrighttorepair.org

The US Aftermarket: The Consumer’s Right to Repair

Bill Hanvey, MAAP, president and CEO of the Auto Care Association, shares his insights on this critical national issue. 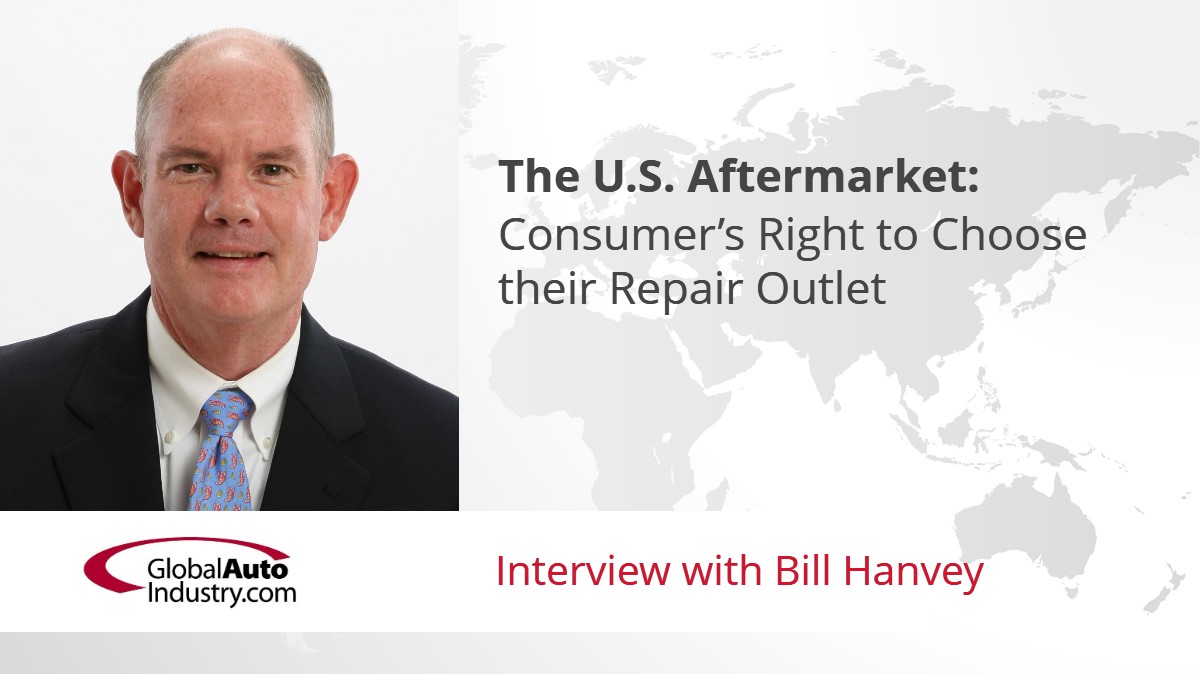 During the hybrid event on Sept. 28-30, Ben Brucato will discuss the importance of appropriate access to vehicle data. 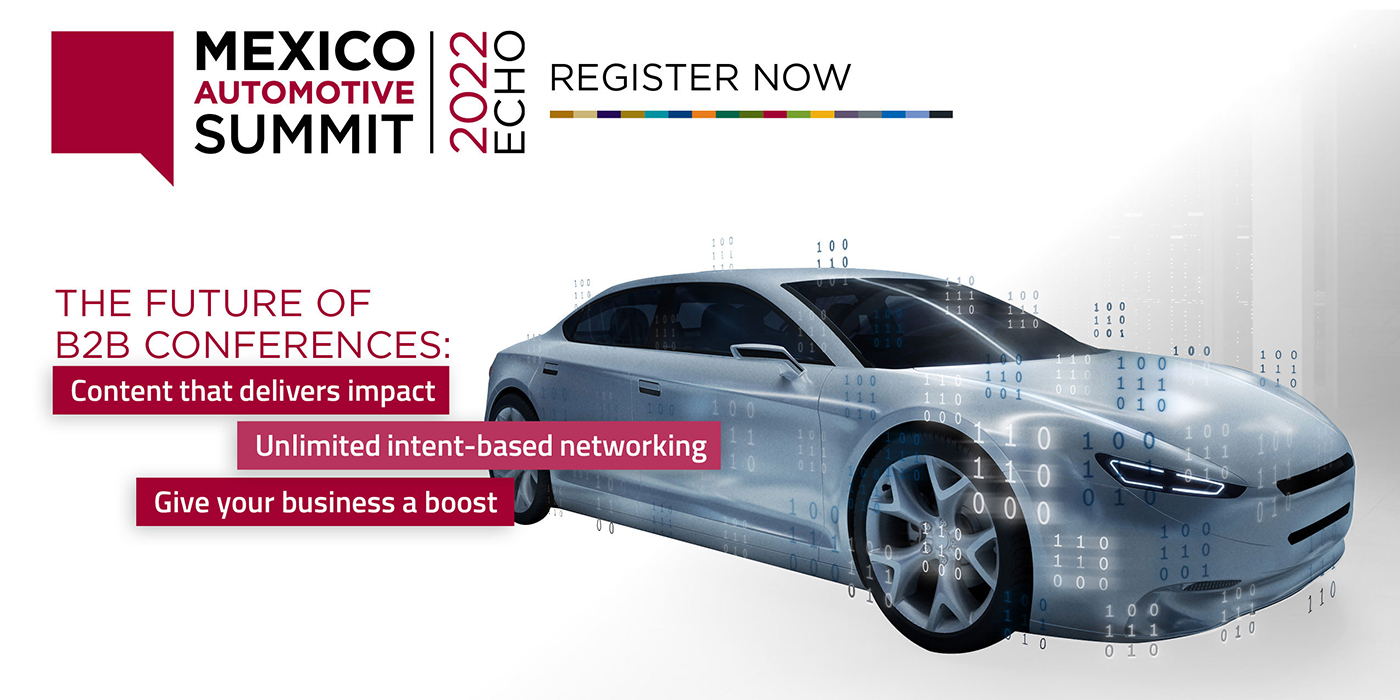