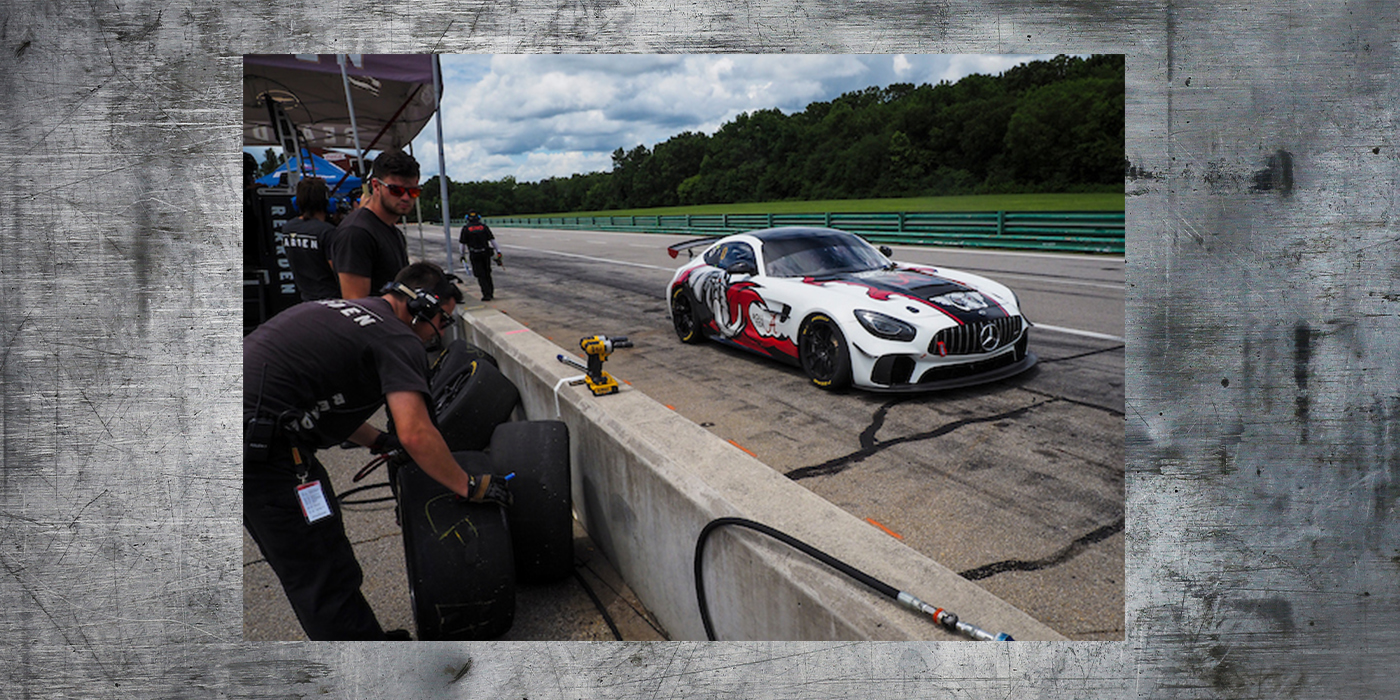 Students enrolled in the University of Alabama College of Engineering will have the opportunity to truly fast track their curriculum in a new sports car racing internship program partnering with John Allen Racing in the Pirelli GT4 America SprintX series in 2020 and racing seasons in the years to come.

John Allen Racing is owned by team principal and driver John Allen, a 1979 UA College of Engineering graduate with a Bachelor of Science in Electrical Engineering. In 2018, Allen was named a UA Distinguished Engineering Fellow in acknowledgement of his vast professional, military and philanthropic achievements. It was at that year’s Distinguished Engineering Fellows induction celebration that Allen shared his vision for an engineering-based internship program in the high-tech world of modern-day sports car racing.

Active in the sport since 2013, Allen quickly saw the connection between sports car racing and the educational programs offered in the UA College of Engineering.

“Sports car racing today is about so much more than just driving fast and flat out,” Allen said. “Along with driver ability, engineering is the most important aspect of success in today’s high-tech world of sports car racing. Students focusing on University of Alabama College of Engineering degrees in mechanical, electrical and even aerospace engineering can learn a great deal interning in sports car racing. At the same time, I am confident we will in turn learn from these bright young minds as they apply their modern thinking and emerging expertise to our sport.”

One of the first five institutions in the United States to teach engineering, the UA College of Engineering today offers standard academic programs like Mechanical, Civil, Electrical, Aerospace, and Chemical Engineering, but the college also offers specialized degrees such as Cyber Security, Metallurgical and Music Audio Engineering.

The internship program with John Allen Racing began in a pilot program with up to three interns at several races lasts year, but the full commitment to Pirelli GT4 America SprintX this season and in the coming years is the ideal arena for the growth of the program.

Home to race-prepared production-based sports cars and coupes from the world’s top manufacturers, Pirelli GT4 America SprintX requires two drivers to share each competing car in a doubleheader 60-minute race format. A driver change in each race is a key part of the competition.

Allen co-drives this year the No. 16 John Allen Racing Mercedes-AMG GT4, prepared by Rearden Racing, with veteran competitor Kris Wilson in the “Am” – short for Amateur – class. The duo earned runner-up honors in the Am class in the 2019 Pirelli GT4 America SprintX championship.

Racing for more than 30 years, Wilson won a 2016 Pirelli World Challenge driver championship and has competed on every major racetrack in North America over the past few decades.

Advertisement
In this article:Internships, John Allen Racing, Motorsports
Print
Up Next: