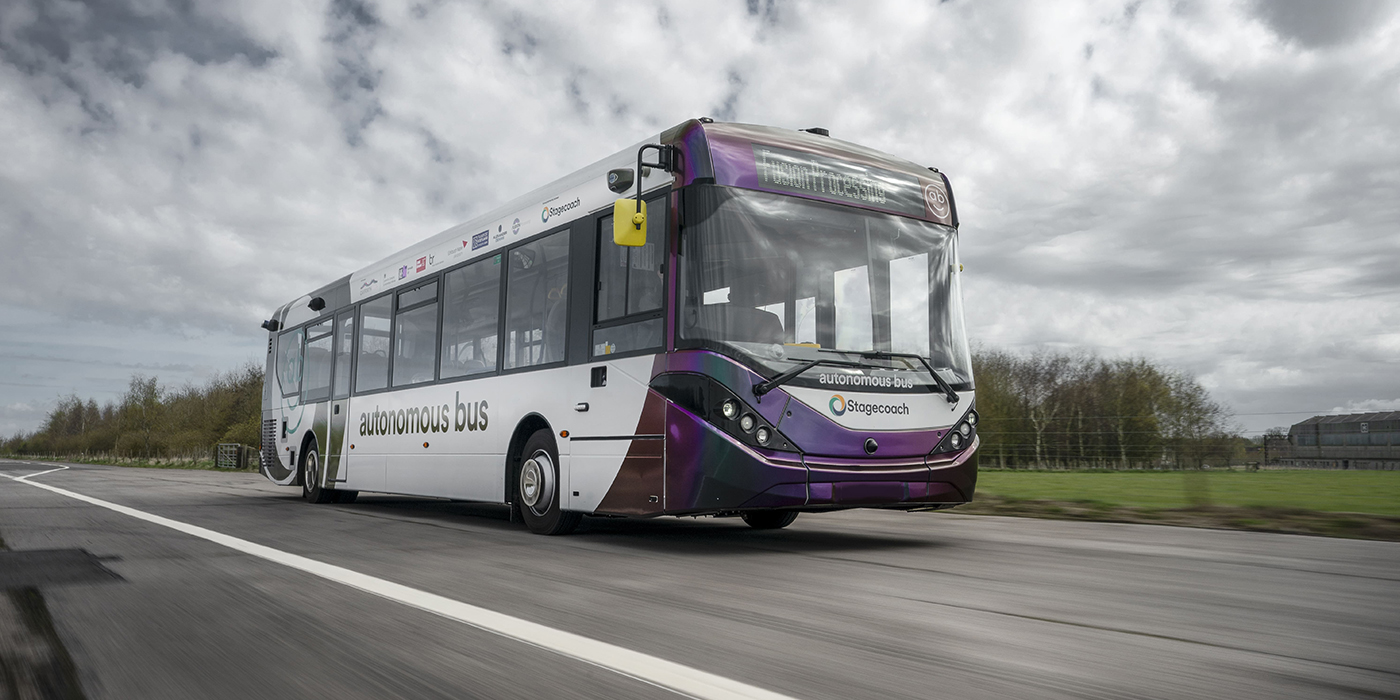 Road testing will take place over the next two weeks to prepare for the late summer launch of the CAVForth pilot service.

The UK’s first full-sized autonomous bus will take to the roads of Scotland for the first time the last week of April as live testing begins for project CAVForth.

Stagecoach, in partnership with Fusion Processing, Alexander Dennis and Transport Scotland, will be carrying out on-road testing* of the autonomous bus over the next two weeks in preparation for the launch of the CAVForth pilot service in late summer.

The Project CAVForth pilot, which is jointly funded by the UK Government’s Centre for Connected and Autonomous Vehicles (CCAV), will see five single-deck autonomous buses operating at SAE Level 4 over the Forth Road Bridge between Ferrytoll Park and Ride in Fife and the Edinburgh Park Train and Tram interchange.

The buses are fitted with Fusion Processing’s ground-breaking sensor and control technology, CAVstar, that enables them to run on pre-selected roads without the safety driver having to intervene or take control, the company says. The buses will provide a service capable of carrying up to 36 passengers over the 14 miles across the bridge, with capacity for over 10,000 passengers a week.

As part of project CAVForth, around 500 members of the public have helped with the implementation of the new autonomous bus service on it, providing feedback on what would make them feel comfortable and confident in traveling. Based on the feedback received, the partners have developed a vision for the new autonomous vehicles, which includes making sure future autonomous bus services still have a member of staff on board.

Sam Greer, regional director for Stagecoach in Scotland, said: “Stagecoach is continuing to look for ways to improve the service it offers to customers, including through major investment in new technology, such as the CAVForth pilot.

“This is a hugely exciting project for Scotland and we are pleased to be starting live testing on roads today. This is a major step forward in our journey to fully launch the UK’s first full-sized autonomous bus service and will provide easy access to a brand-new bus route in the heart of East Scotland.”

*During testing, no passengers are allowed on the bus.

Advertisement
In this article:Autonomous Vehicles, United Kingdom
Print
Up Next:

Sidem Focuses On Further Growth In The Americas

Honda Joins the ’30 by 30 Alliance for Biodiversity’ in Japan