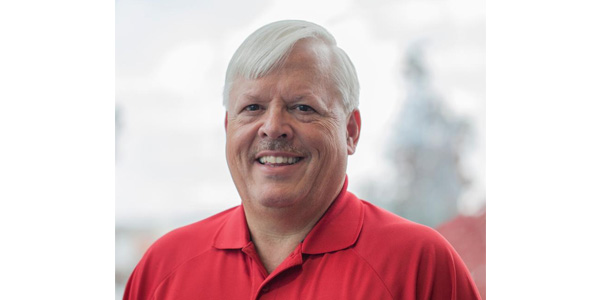 “Brad has been an integral part of the Truck-Lite organization for 40 years,” said Brian Kupchella, Truck-Lite CEO. “His contributions extend beyond the success of this company to the entire transportation safety industry. He will be missed by all who knew him.” 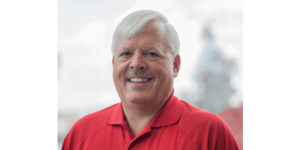 Van Riper, 64, started his career at Truck-Lite in 1978 as a maintenance technician and steadily acquired more responsibility as the company grew. By 1994, he was promoted to vice president of research and development and was in his most recent role since 2006. As SVP and CTO, he was active in supporting the development of new product innovations and held several U.S. patents, and was responsible for developing technology integration plans, intellectual property monitoring and adapting regulatory standards for the global Truck-Lite organization.

Van Riper’s passion for safety and innovation spurred his rise through Truck-Lite’s ranks and was readily apparent by his involvement with numerous organizations and committees, within both the transportation industry and his community. Industry board memberships included the Society of Automotive Engineers (past chairman, lighting committee); Transportation Safety Equipment Institute (past president, government relations liaison); Truck Trailer Manufacturers Association; Society of Plastic Engineers (senior member); Technology and Maintenance Council of the American Trucking Association (senior member); and the United States delegation to the Groupe de Travail “Bruxelles 1952” (GTB), which develops performance standards for transportation products used in Europe.

“Brad has been an integral part of the Truck-Lite organization for 40 years,” said Brian Kupchella, Truck-Lite CEO. “His contributions extend beyond the success of this company to the entire transportation safety industry. He will be missed by all who knew him.”

Locally, Van Riper was active with the Chautauqua County Traffic Safety Board, which works to improve traffic safety conditions across the county; the Manufacturers Association of the Southern Tier (MAST); STEM Wars and Career Search and manufacturing technology institute board at Jamestown Community College; and, perhaps most notably, the LINKS Charity, which has contributed more than $1.5 million to local cancer care efforts since its inception in 1991.

Notable distinctions with which Van Riper was honored include Jamestown Community College’s Distinguished Alumnus; C’s Silver Spark Plug, a lifetime achievement award for outstanding contributions to heavy-duty vehicle maintenance; and TSEI’s Henneberger Lifetime Achievement Award, which recognizes individuals who have made a significant impact within the transportation safety industry.

In his spare time, Van Riper was an avid sports fan and loved to golf, fish and spend time with his family. He leaves behind an adoring wife of nearly 40 years, two sons, one grandson, his mother, four siblings, countless professional and personal colleagues and friends and a legacy at Truck-Lite that will never be replicated.

Memorials may be made in Van Riper’s name to the LINKS Charity to help fight cancer in the Jamestown, New York, area at linkscharity.com, or to the Bemus Point United Methodist Church, 4954 Bemus-Ellery Road, Bemus Point, NY 14712.

Advertisement
In this article:Bradley Van Riper, Obituary, Truck-Lite
Print
Up Next:

Truck-Lite Celebrates The Life And Career Of Bradley Van Riper