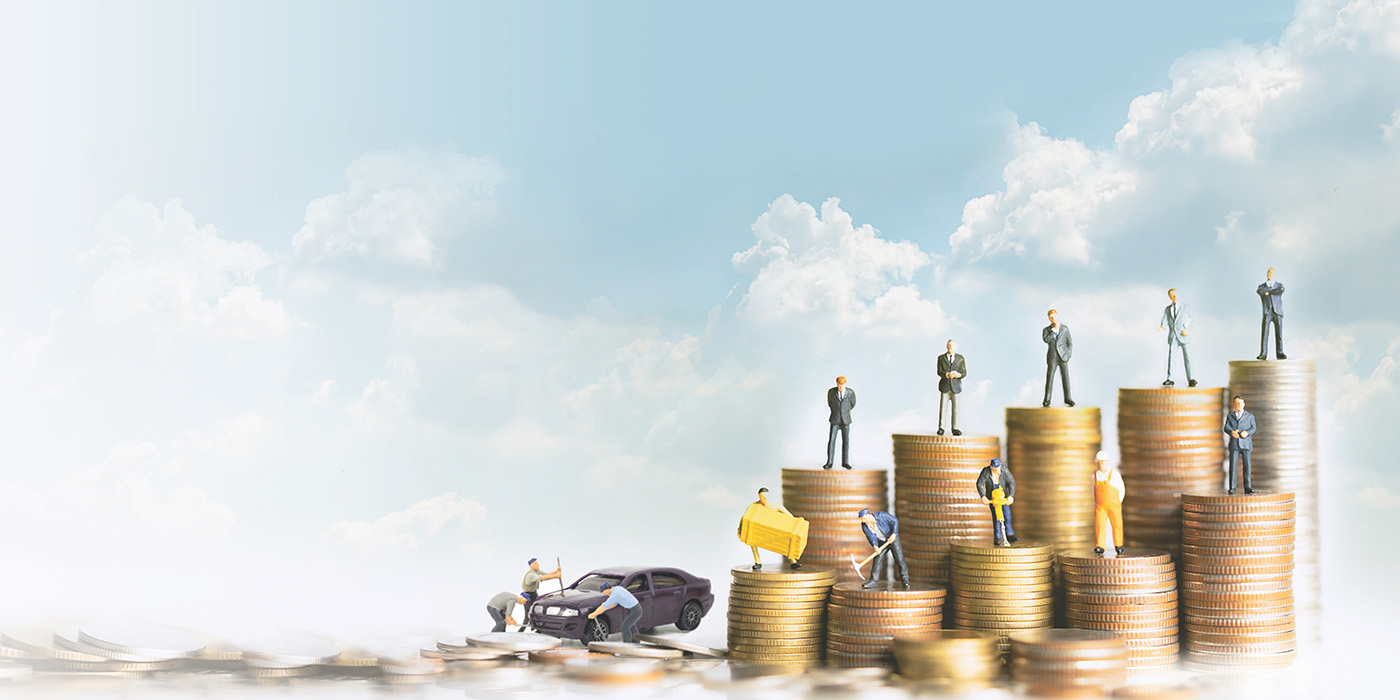 Data lags and seasonal adjustments: understanding both will make you a better interpreter of economic data.

If you follow business news, you get bombarded with economic data. This column will talk about two things – data lags and seasonal adjustments – understanding both will make you a better interpreter of economic data.

When you’re steering a car, you know exactly where you are (unless you’re texting while driving). So, it’s usually a straightforward decision about where to steer to get where you’re going. It’s a little more difficult if you’re steering an economy. In general, economic stats don’t tell you where you are right now – they tell you where you were a month or two ago. That puts some uncertainty into your decision of what you need to do to get the economy to the right spot.

That became even more evident in 2020, during the pandemic. This is because economic indicators have taken some of the wildest swings, both up and down, that most analysts have ever seen. (This article is in the January issue of AMN, which means it’s being written in December.) Most of the statistics produced by government agencies lag by a couple of months. And a couple of months ago those indicators – especially those that help track the auto aftermarket – were trending up, in many cases quite strongly. But because of the lag, most of these indicators show no effects of the coronavirus surge of November and December, and what may be happening to economic activity as lockdowns are re-applied.

One of the basic indicators for the aftermarket is vehicle miles driven, and we’ve been reporting it month-by-month ever since the first lockdown. The chart below shows the monthly change in the amount of miles driven compared to the previous year. One thing especially noticeable about that chart is that prior to March 2020, the scale of the y-axis did not need to be very large. If it stretched from positive 3% to negative 3%, that range would suffice, since there never seemed to be changes larger than that from year-to-year in miles driven. Of course, this year we had to change the chart to accommodate a 40% drop in April, and in spring 2021 we’re going to have accommodate big upward swings over the lockdown numbers (or at least, I hope we get big upward swings.)

The other important point about this chart is that the newest numbers are from September. These statistics are compiled by the Office of Highway Policy Information at the U.S. Department of Transportation. It comes from 5,000 different traffic-monitoring stations across the country, and it takes some time to collect that data and analyze it. While the agency promises to have a month’s data released within 60 days of the end of the month, they have been doing better. The August data arrived on Oct. 19, and the September data arrived on Nov. 14, two weeks earlier than their goal.

Let’s look at another important indicator. The U.S. Census Bureau keeps track of retail sales via a monthly release. That includes an estimate of all retail sales as well as estimates for smaller sectors of the retail economy. The Census Bureau puts out an advance report approximately mid-month for the previous month. So on Dec. 16, we were scheduled to get the advance look for November. That advance report is subject to revision as more data comes in. More importantly for the aftermarket, that advance report doesn’t include reports for smaller sectors. For instance, a key metric for the auto aftermarket would be retail sales at auto parts, accessories and tire stores. October sales for those stores also were scheduled to be released on Dec. 16. Before that, we were still looking at September for the latest sales figures. And those sales were strong, as seen below.

In fact, after the springtime plunge triggered by the first lockdown, sales at these stores have come back strong and are much higher than the long-term trend shown by the dotted line.

While looking at retail sales, there is one other number that gets reported quarterly. That is e-commerce sales as a percentage of retail sales. After years of slowly increasing, e-commerce sales reached 11.8% of total retail sales in the first quarter of 2020. Then with the lockdown, that percentage jumped to 16.1% in the second quarter, before falling back slightly to a still-high 14.3% in the third quarter. There will probably be another big jump in the fourth quarter this year.

In addition to lagging by a month or two, another thing to consider as you consume economic data is “seasonal adjustment.” Some economic data fluctuates during the time of year. For instance, during the bad-weather winter months, driving may be reduced. In the summer, vacation travel puts more vehicles on the road. Retail sales also have seasonal patterns. Retail sales spike in November and December due to holiday shopping, and then slump in January and February. The Census Bureau will seasonally adjust their numbers, based on their past fluctuations, to show a line that emphasizes longer-run trends by hiding the short-term noise. This is shown above at right. The solid blue line is total retail sales, seasonally adjusted. The dotted red line is the actual, unadjusted sales.

The blue seasonally adjusted line will still show cyclical movements such as the 2008-2009 recession, or the lockdown-induced slump this year. But it smooths out the predictable yearly gyrations so that you can focus on the long-run movements.

Where to Find Data

Any economic data produced by a government agency is free and in the public domain. You can get it at the agency website or at data aggregators such as the Federal Reserve Bank of St. Louis Economic Database. But if your business is in the automotive aftermarket, you should check out the Auto Care Association’s Trend Lens at https://trendlens.autocare.org, which collects and charts the data for a number of economic indicators as well as some of their own proprietary data.

Advertisement
In this article:Babcox Research, economic trends
Print
Up Next:

Overheard: On-Board Diagnostics Aftermarket To Hit $4B By 2026