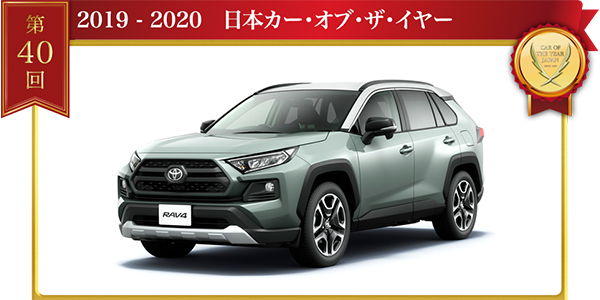 For the first time in a decade, Toyota captures Japan Car of the Year award with its RAV4, while BMW’s 3-Series picks up the import car trophy.

Celebrating its 40th year, the Japan Car of the Year organization gathered at the Tokyo International Exchange Center in Tokyo Bay to choose the best cars of 2019. Some 60 jurors, representatives from 40 of the country’s most influential automotive publications and dozens of OEM executives gathered to witness the vote-counting and prize-giving ceremony for this year’s Japan Car of the Year.

Pre-ceremony hype centered on an expected battle between the Toyota RAV4 and the Mazda3 with the BMW 3-Series seen as a strong contender for the import car of the year gong. That tussle did not eventuate as the RAV4 polled well from that start and with a convincing total of 436 votes, it triumphed to win the 2019 Japan Car of the Year.

The Mazda3 came in second with 328 votes while the BMW 3-Series finished with 290 votes giving it the Import Car trophy. The Toyota Corolla was fourth with 118, the Jaguar I-Pace was fifth with 109 and in sixth place, the Jeep Wrangler polled 56 votes.

In the special awards categories, the Jeep Wrangler picked up the Emotional Award for its robust on- and off-road capabilities, the Nissan Skyline took home the Innovation Award for its world-first ProPilot 2.0 “hands-off” semi-autonomous driving system, and the Small Mobility trophy went to the Mitsubishi eK Cross and Nissan Dayz.

Advertisement
In this article:Japan, Japan Car of the Year
Print
Up Next:

A New Format For Autopromotec 2021