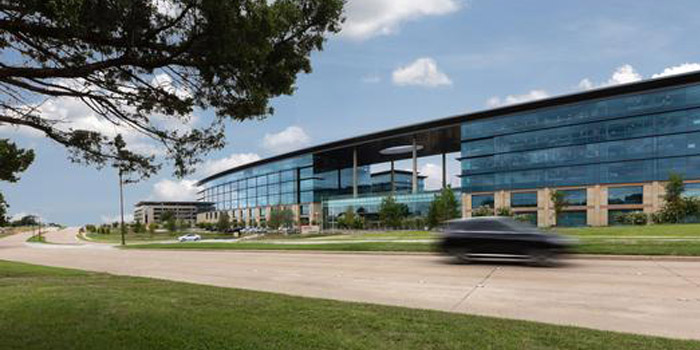 Three years ago, Toyota announced its “One Toyota” initiative to create more unified operations in North America, in part, by bringing together its quality engineering, sales, marketing, financial services and corporate functions in one location. 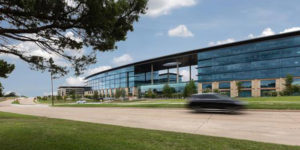 Toyota Motor North America Inc. (TMNA) celebrated the official opening of its new North American headquarters yesterday in Plano, Texas, with a gala event to be attended by hundreds of dignitaries, partners and community leaders. Attendees got the first glimpse of Toyota’s new corporate campus, which the company says reaffirms its longstanding commitment to the United States.

“The opening of our new headquarters in Plano is an extraordinary next step in Toyota’s 60-year journey in the United States,” said Jim Lentz, CEO of Toyota in North America. “With team members from four different companies together in one campus location, we believe this will inspire greater collaboration, innovation and faster decision-making as we turn to and lead the future of mobility, all with an eye on our customers.”

Lentz added, “We appreciate the support from President Trump of our continued commitment to investing in the U.S. and sustaining American jobs.” Congratulating Toyota on its grand opening, the company received a written statement from the White House, signed by the President.

Three years ago, Toyota announced its “One Toyota” initiative to create more unified operations in North America, in part, by bringing together its quality engineering, sales, marketing, financial services and corporate functions in one location. Since then, the company has invested about $1 billion on the project to build its new corporate campus on 100 acres in Plano and move thousands of team members and their families from California, Kentucky and beyond to North Texas. With construction nearly complete, occupancy began in late spring, and an average of a couple hundred team members per week are moving in, which is expected to continue in phases through December.

Celebrating its 60-year anniversary in the United States this year, Toyota has long been part of America’s cultural fabric. Toyota’s U.S. commitment includes $23.4 billion in direct investment, 10 manufacturing assembly facilities around the country, nearly 1,500 Toyota and Lexus dealerships and 136,000 direct and dealer employees.

In addition, earlier this year, Toyota said it will spend $10 billion in U.S. capital investments over the next five years, an outlay that includes the construction of its Plano headquarters and improvements to its existing manufacturing facilities.

The company will have jobs for up to 4,000 Toyota team members in Plano. In addition to the employees who chose to relocate, Toyota previously announced that it would hire more than 1,000 new team members locally and elsewhere. More than 90 percent of the company’s new hires from the past year for positions in Plano have come from the North Texas market. Toyota has already filled more than 75 percent of its open positions.

“The greatest resource we have here in the Lone Star State is our highly-skilled workforce that draws global businesses like Toyota to Texas every day,” said Governor Greg Abbott. “The 4,000 jobs added and Toyota’s impressive new facility are proof of the remarkable momentum of Texas’ continuing economic expansion. I am proud that Toyota is expanding here, and I thank them for their commitment to being an important part of our Texas community.”

To learn more about the new headquarters, click here.

Advertisement
In this article:investment, new headquarters, OE, Toyota
Print
Up Next: