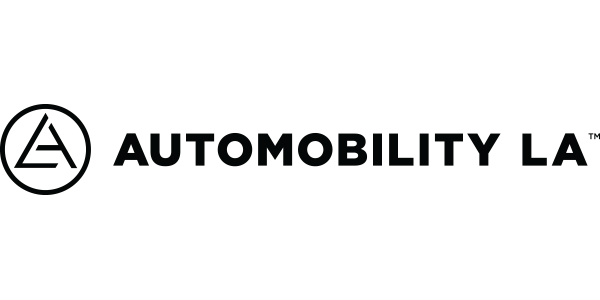 The announcements were made during a Green Car Awards press conference recently at AutoMobility LA, preceding the start of the LA Auto Show.

Toyota’s all-new generation 2020 Toyota Corolla, including the Corolla Hybrid, has won Green Car Journal’s coveted 2020 Green Car of the Year award, with the 2020 Honda CR-V and all-new CR-V Hybrid named the magazine’s prestigious 2020 Green SUV of the Year. The announcements were made during a Green Car Awards press conference recently at AutoMobility LA, preceding the start of the LA Auto Show.

“The 2020 Toyota Corolla and Honda CR-V earned their respective 2020 Green Car of the Year and 2020 Green SUV of the Year distinctions by standing out with their exceptional efficiency, desired features and satisfying driving experience,” said Ron Cogan, editor and publisher of Green Car Journal and GreenCarJournal.com. “The first-ever addition of hybrid versions to these popular mainstream models is a real plus. Importantly, affordable price points for both conventional and hybrid variants make them approachable to a great many buyers and not just a select few.”

Along with the standard hallmarks of safety, value, performance and style, efficiency and affordability to the mass market are important elements in the selection of Green Car Journal’s Green Car of the Year and Green SUV of the Year. Substantial numbers of more environmentally-positive vehicles such as these on the nation’s highways bring a cumulative and significant reduction of carbon emissions and fuel use over time.

Featuring a more sophisticated look and riding on a stiffer platform with independent multi-link rear suspension, the 12th generation Toyota Corolla features improved ride and handling and a full complement of driver-assist systems rivaling those found in more expensive models. The conventionally-powered Corolla achieves notably high fuel economy of up to 31 city/40 highway mpg, with the Corolla Hybrid rated at an impressive 53 city/52 highway mpg.

Honda’s popular CR-V offers an array of design and technology refinements for 2020 along with the important addition of an all-wheel-drive hybrid version, the first hybrid Honda SUV sold in the U.S. The CR-V Hybrid uses Honda’s efficient two-motor hybrid system to deliver an expected 50 percent fuel economy increase over the already-fuel efficient gasoline model. CR-Vs come standard with the full suite of Honda Sensing safety and driver-assist technologies.

Now in its 15th year, the high-profile Green Car of the Year is selected by Green Car Journal editors and invited jurors from respected national environmental and energy efficiency organizations. This year’s jurors include celebrity auto enthusiast Jay Leno; Dr. Alan Lloyd, president emeritus of the International Council on Clean Transportation and Senior Research Fellow at the Energy Institute, University of Texas at Austin; Mindy Lubber, president of CERES; Jason Hartke, president of the Alliance to Save Energy; Matt Petersen, president and CEO of Los Angeles Cleantech Incubator and Advisory Board Chair of Climate Mayors; and Jean-Michel Cousteau, president of Ocean Futures Society.

“More than 40 percent of this year’s debut vehicles at AutoMobility LA were alternative fuel,” said Terri Toennies, president of the LA Auto Show and AutoMobility LA. “In a city that prides itself on being the top green market, it’s appropriate that Green Car Journal has chosen our platform to announce the winners of its prestigious award and we are honored to partner with them to celebrate alt-fuel progress.”