CANTON, Ohio — Timken this week announced it is realigning its organization to improve efficiency and reduce costs. 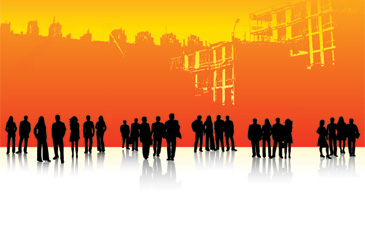 “We are taking actions to align our organization for effectiveness and to right-size our cost structure to increase our competitiveness in today’s global markets,” said James W. Griffith, president and chief executive officer. “As we pursue long-term value creation for our stakeholders, we believe this reorganization will simplify our operating structure, improving our effectiveness in managing through these challenging economic times.”

The company has targeted pretax savings of $30 to $40 million in annual selling and administrative costs. The company expects implementation of these savings to begin immediately and essentially be completed by the end of the third quarter. The impact of this cost-saving initiative was included in the earnings estimate for 2009 the company provided in January. Full-year savings will be achieved in 2010. As the company streamlines its operating structure, it expects to cut its salaried workforce by up to 400 positions in 2009, incurring severance costs of approximately $10 to $15 million.

Over the past 15 months, the company has lowered production and cut its manufacturing workforce by approximately 2,500 positions. Other steps, such as short work weeks and reduced operating hours, have been taken to better align output to demand. The company said additional permanent adjustments will be made as necessary to right-size capacity to market needs.

“We’re balancing capacity through reduced labor and output,” Griffith said. “Our focus now is to align our administrative and sales functions to be more effective in today’s challenging environment. As we operate with a leaner organization, we will continue to focus on improving profitability and cash flow – as we strengthen the Timken brand across the globe.”

In conjunction with the realignment process the company also announced several leadership changes this week. “We believe the changes to our leadership structure improve the alignment across key areas of the company, enabling greater efficiency in responding to the challenges of today’s marketplace,” Griffith said.

Coughlin has been named president – Process Industries. He was formerly senior vice president – supply chain and Project O.N.E. In his new role, Coughlin will lead the Bearings and Power Transmission Group’s Process Industries segment, with full profit and loss accountability. In addition, he will be responsible for distribution management and global supply chain management for the Bearings and Power Transmission Group.

Since 2007, Coughlin has been responsible for global supply chain management, including strategy, demand planning, inventory management, order fulfillment and purchasing for the Bearings and Power Transmission Group. He provided leadership for Project O.N.E., a multiyear initiative to streamline business processes and implement an enterprise SAP-based resource planning system.

Kyle has been named president – Mobile Industries, with full profit and loss accountability. Kyle, who joined Timken in 2006, was previously vice president – manufacturing for the Mobile Industries segment of the Bearings and Power Transmission Group. Kyle will combine responsibility for the Mobile Industries segment and manufacturing advancement across a global network of plants. Kyle has provided leadership for an aggressive global capacity expansion for the Bearings and Power Transmission Group. Before joining Timken, Kyle served as vice president of operations for the Hubbell Lighting Division of Hubbell Inc. in Spartanburg, S.C. He previously held division management positions within Cooper Industries, including manufacturing, supply chain and engineering. Kyle received a bachelor’s degree in mechanical engineering from Purdue University and a master’s degree in management from Northwestern University’s Kellogg Graduate School of Management.

Smith has been named senior vice president – technology. He was formerly director – manufacturing – Asia, a position he held since 2007. In his new role Smith will lead the company’s technical function on a global basis with ultimate responsibility for maintaining and deploying technical resources in the areas of product design and development and manufacturing technology for the company’s broad portfolio of steel, power transmission, and friction management products.

Smith has been instrumental in expanding the company’s manufacturing operations in Asia, including new plants in Wuxi and Chengdu, China, and Chennai, India. Smith joined Timken at the company’s Technology Center in Canton in 1991. He has held a number of research and management positions, including manager of manufacturing integration and automation and manager of intelligent products and systems. His operations roles have included manager of manufacturing operations – rail and director of operations at the Wuxi, China plant. He has bachelor’s and master’s degrees in mechanical engineering from the Massachusetts Institute of Technology.

Coughlin, Kyle and Smith all will report to Michael Arnold, executive vice president and president – Bearings and Power Transmission Group.

Muller has been named senior vice president – strategy and chief information officer. He was formerly president of distribution and services in the Bearings and Power Transmission Group, a position he held since 2007. In his new role, Muller will oversee corporate strategy and information technology.

Muller helped expand the company’s offerings of bearing-related products and services and led efforts to create e-commerce ventures to increase sales for the company’s bearing business. He also held various executive positions with the former Latrobe Steel subsidiaries, including president – Ohio Alloy Steels, and vice president – operations – Timken Latrobe Steel Distribution. After joining Timken in 1979, Muller had several assignments within the information technology group and later held a management role in the strategic management center. He has a bachelor’s degree in computer science and operations research and a master of business administration degree, both from Kent State University.

During their careers at Timken, Jon Elsasser and Mark Samolczyk have served in key management roles as the company pursued its strategy for global growth. Elsasser had served as vice president of corporate development and vice president of bearing operations for Europe, Africa and West Asia, and also managed the company’s business in Brazil. Samolczyk was instrumental in the integration of the automotive businesses following the company’s acquisition of The Torrington Co., and he previously served as president and general manager of Precision Steel Components. He also managed Timken’s operations in Canada and Mexico. Al Deane — an auto industry veteran in driveline technologies — joined Timken three years ago to provide technology leadership as the company focused on enhancing its new product pipeline. As the company has shifted its focus, Deane is leaving the company to pursue other interests.

“We deeply appreciate the contributions that Jon, Mark and Al have made to the company, and wish them well,” Griffith said.