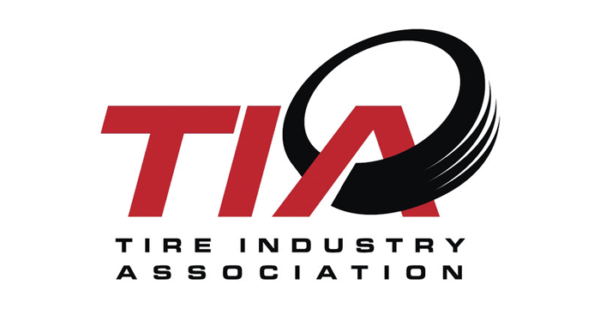 The work opportunity tax credit is a tax break that encourages companies to hire veterans, people with disabilities and other groups who face barriers to employment. A bipartisan bill that would make the WOTC permanent was introduced in the U.S. Senate in April.

The Tire Industry Association (TIA) has circulated a letter to members of Congress in support of making the work opportunity tax credit (WOTC) permanent.

The work opportunity tax credit is a tax break that encourages companies to hire veterans, people with disabilities and other groups who face barriers to employment. A bipartisan bill that would make the WOTC permanent was introduced in the U.S. Senate in April.

The full text of the TIA’s letter to members of Congress in support of the WOTC is below:

“Since 1997, Congress has used the work opportunity tax credit as an incentive to employers to hire workers from narrowly targeted groups of the disadvantaged, thereby expanding opportunity for those facing poverty, stigma, or other barriers to employment. We believe WOTC has proven its worth and should be made permanent. Evidence-based results speak for themselves: each year more than 2 million unemployed public assistance recipients (TANF, SNAP, SSDI, SSI), veterans, disconnected youth, and residents of high-poverty areas of cities and counties find jobs by checking a box on a one-page form accompanying their job application.

State workforce agencies must verify each worker’s eligibility before employers can claim the credit, making WOTC consistently free of fraud and abuse. WOTC has been proven to be the Federal government’s most cost-effective jobs program, costing a maximum of $1,900 per job for most workers, private employers paying the rest, pumping income into local communities. A study by the University of Pennsylvania’s Wharton School shows that saving on public assistance from WOTC is more than twice the ten-year cost estimated by the Joint Committee on Taxation at $19 billion. The credit is capped, and an employer can take it only once for the same worker.

“Workers hired using WOTC are mostly under 30, with low skills or less education, including the 20 percent who don’t graduate from high school. For many, family dissolution, homelessness, and discouragement contribute to a history of intermittent work and low earnings. The population most at risk of stagnating in high-poverty communities is daunting: nearly 20 million have poor job readiness or disabilities, according to BLS. Still, research finds most of the low-earning population are highly motivated to work. Every job is a critical lifeline for these workers because having a job, staying healthy, and studying has been shown to be the route to higher earnings. WOTC offers a better chance for a job, and in conjunction with the earned income and child tax credits, forms the cornerstone of the social safety net. Looking at the bottom rank of workers with lowest average weekly wages-11 million altogether, and 2 million single parents, we find WOTC hires account for an estimated 28 percent of those employed. WOTC reaches workers most in need of a job-those on welfare or living in depressed areas-and has a high take-up rate.

“Department of Labor data for fiscal year 2013 (the last year available), when there were 1.6 million WOTC hires, show 600,000 hired above $9 an hour, the rest below $9. Thirty percent were in sales occupations, 22 percent in production including manufacturing, 19 percent in office administration, 17 percent in food preparation and serving, 5 percent in healthcare, and 2 percent in buildings and grounds maintenance. Overall, WOTC workers were distributed in 23 occupations representing all major sectors of the economy; WOTC jobs are not dominated by food service and hospitality sectors. As healthcare is a growing sector with good jobs, the data show that WOTC should be open to private non-profit employers.

“Moreover, WOTC is the only jobs program, of the many models Congress has studied, that’s demonstrated ability to reach a scale in hiring proportionate to the size of the disadvantaged population, without exploding the cost. Attractive models that rely on mentoring, testing, and training, often including life-skills advice, have produced quality results, but these programs are labor-intensive, requiring a staff of case managers, counselors, trainers, and others; as a result, their size and output is invariably low, and cost per graduate many times that of WOTC, where individuals start with a job and advance on their own with education. In fact, WOTC is often used to obtain jobs for graduates of special training programs. City and county welfare and economic development agencies that are at the cutting edge of training TANF and other low-income populations say they need WOTC for job placement after training. These local agencies have some of the finest individual training programs, which are regularly re-evaluated and improved by adopting new and more cost-effective techniques. Because they never have enough money for training, they depend on WOTC for jobs for the majority of clients exiting welfare. The present system of community-based training for the disadvantaged, combined with WOTC for job development and placement, is effective and should be supported.

“WOTC is adaptable to new labor market challenges, as demonstrated by the explosion of veterans’ hires after enactment of the VOW To Hire Heroes Act, and its extension to residents of depressed areas via empowerment zones and several hundred rural counties. It’s sometimes alleged that, because employers have a vacancy that must be filled, those vacancies will go to people on public assistance, disconnected youth, the disabled, or veterans without the need for WOTC. This doesn’t square with the facts. Any job seeker can verify that he or she must compete for a job, often against people with more education, a stable home, and money for getting to work, compared to coming from poor schools, subsidized housing, and bus money that leaves less for food. Without WOTC, hiring managers will choose the most promising worker, and those on public assistance or stigmatized will lose the competition and often stop looking for work. Most often, non-disadvantaged applicants outnumber the disadvantaged by 2:1 to 4:1; WOTC levels the playing field. It acts as a magnet to pull disconnected youth and other disadvantaged workers off the sidelines.

“Nor does a low national unemployment rate mean WOTC is unnecessary. Governors have designated thousands of low-income areas as Opportunity Zones to deal with persistent poverty and decline through location-based solutions. By lowering the cost of a job to employers and boosting demand for labor, WOTC can complement investors’ capital and catalyze area renewal. WOTC’s ability to increase employment in the zone helps attract capital, and the synergy between capital and labor can boost productivity and purchasing power, helping to restore a community’s economic vitality.

“Thank you for the opportunity to bring this important issue to your attention. Please work to assure WOTC is made permanent when it comes before you for renewal. Other components of the social safety net are essentially permanent; WOTC should be permanent too.”

Advertisement
In this article:TIA, Work Opportunity Tax Credit
Print
Up Next:

US DOT Holds Conference On Traffic Safety And The 5.9 GHz Spectrum