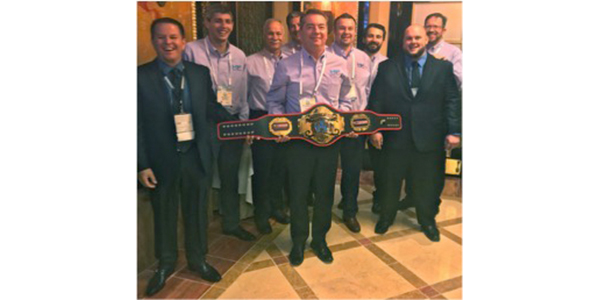 AAPEX 2018 may seem like a distant memory by now, ending as quickly as it arrived, but the photos and stories of your successes keep rolling in. This year was chock full of exciting moments to share. Here are just a few more of the giveaways, awards and celebrations that took place this year in Las Vegas.

AAPEX 2018 may seem like a distant memory by now, ending as quickly as it arrived, but the photos and stories of your successes keep rolling in. This year was chock full of exciting moments to share. Below are just a few more of the giveaways, awards and celebrations that took place this year in Las Vegas.

Click on any of the images below to view the complete image gallery.

Charles Ruder of Brake & Equipment Warehouse in Minneapolis, Minnesota, hit the jackpot as the lucky winner of the Raybestos 1953 Chevrolet pickup truck given away by the company at AAPEX. 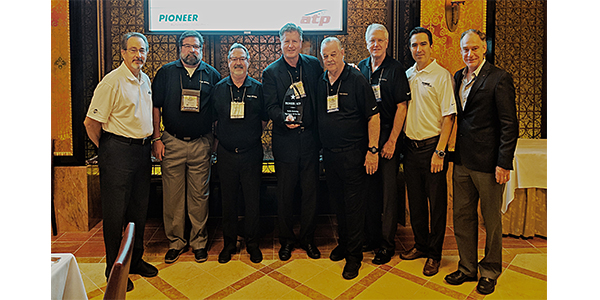 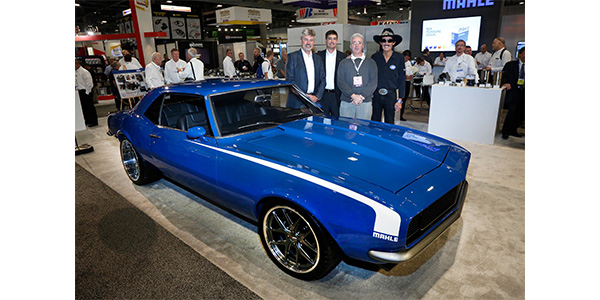 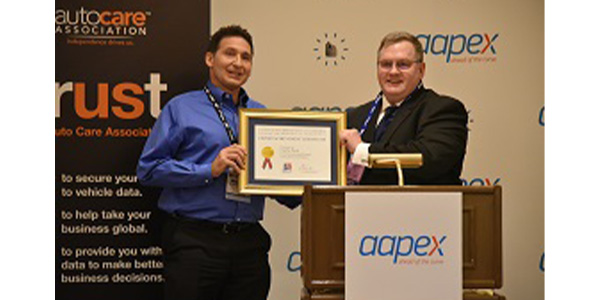 During AAPEX in Las Vegas, Auto Care Association member Centric Parts was presented with the U.S. Commercial Service’s Export Achievement Certificate for its accomplishments in the Central and South American markets. 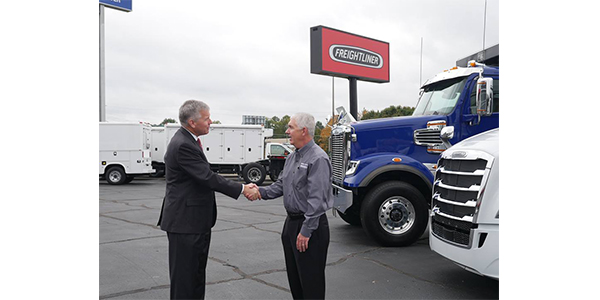 On Nov. 1, U.S. Representative for Georgia’s 7th district Rob Woodall visited Peach State Truck Centers in Norcross, Georgia, to discuss challenges that face commercial truck dealers and their customers with the dealership’s staff — including President and Dealer Principal Rick Reynolds. Woodall also took a tour of the facility, and rode down I-85 in a Class 8 over-the-road commercial vehicle. 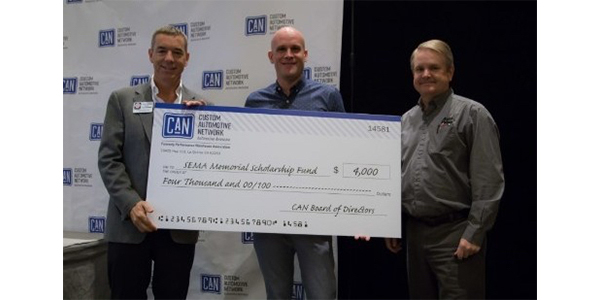 The Custom Automotive Network (CAN) presented SEMA President and CEO Chris Kersting with a donation to the SEMA Scholarship Fund at CAN’s 2018 General Membership Meeting in Las Vegas. 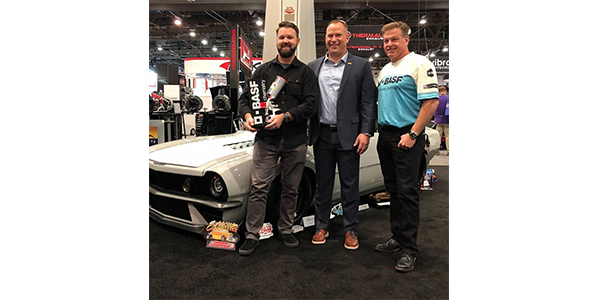 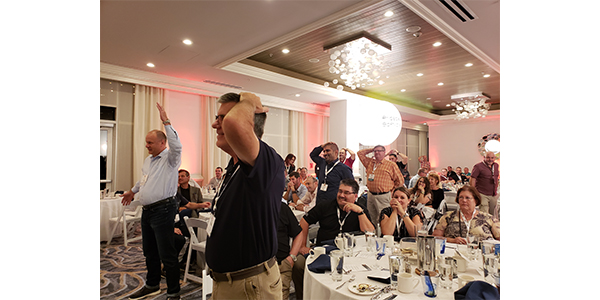 Attendees of the AASA Tech Conference play “Loonie Toonie” for a chance to win a $500 hoverboard while raising money for the Automotive Aftermarket Charitable Foundation. 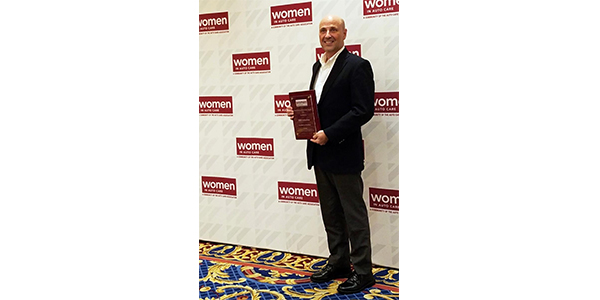 BBB VP of Marketing Gerard Yanuzzi posing with the company’s Automotive Communication Award for its interactive label and packaging for its Gold Premier Brand. 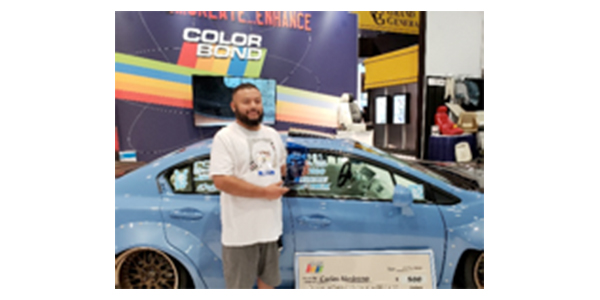 Carlos Medrano was named the winner of the ColorBond CLeo Award. This is his second time winning for the same car. 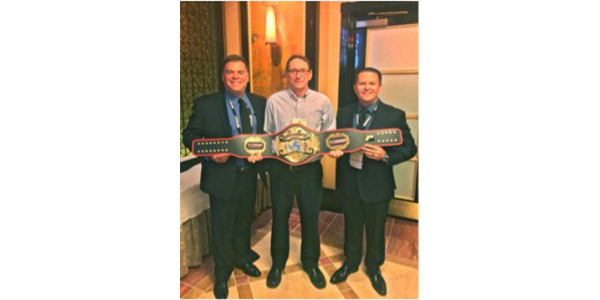 Walker Products named Ken Byrnes of Stan Padover & Associates in New Jersey as its Sales Rep of the Year.

Hirsig-Frazier Co. posing with its Sales Rep Agency of the Year award at AAPEX. 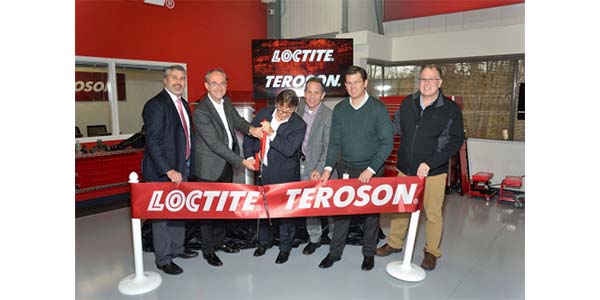 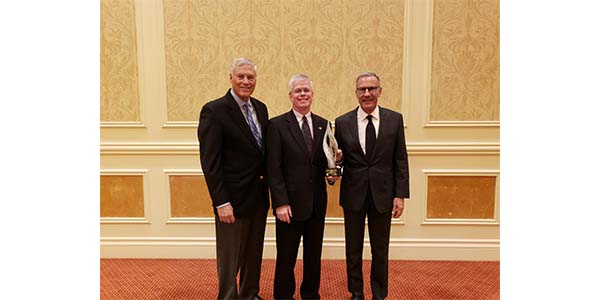 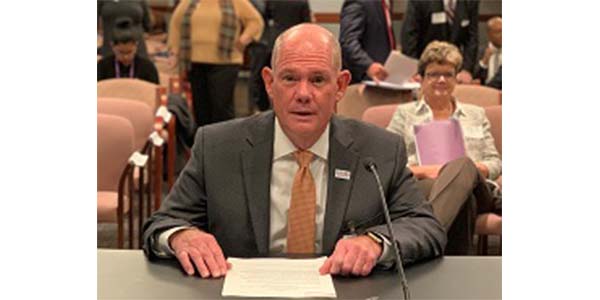 Have you captured a great aftermarket moment to share? Send it to us for inclusion in an upcoming issue! Email AMN Editor Amy Antenora at [email protected].

Opinion: Commentary: Are You An Adapter?

The Week in Pictures: Post-AAPEX Party Pics Still Rolling In

Aptiv Named To ‘World's Most Ethical’ List
Connect with us