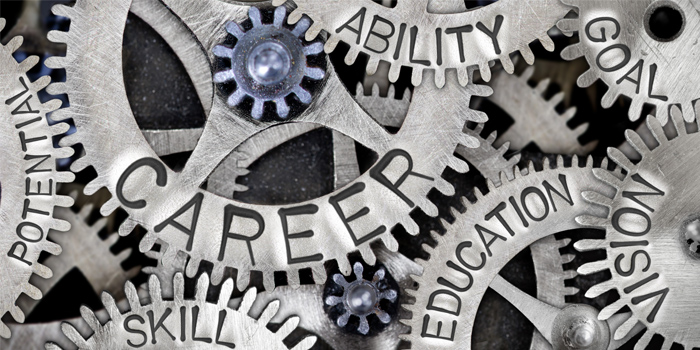 The statistics are stunning. Worldwide, there are major dislocations between where the talent is and where it is needed – if it even exists at all.

When I want to write about domestic or offshore labor shortages, my go-to source is Ed Gordon of Imperial Consulting Corp. Most of this Herman Trend Alert is based on data and insights Gordon issued in a recent report.

The statistics are stunning. Worldwide, there are major dislocations between where the talent is and where it is needed – if it even exists at all.

However, the U.S. is not the only place in the world where employers cannot find the experienced workers they seek. According to the DIHK Arbeitmarktreport 2018, Germany had 1.2 million vacant jobs, while in 2019, Italy had 200,000. (European Commission 2019) and France had 400,000 vacant jobs (Financial Times, 10-30-19). Moreover, last month, the Wall Street Journal relayed that 17 percent of industrial companies in the European Union report a lack of trained workers is limiting production.

Just as when we wrote the book “Impending Crisis” (Oakhill Press, 2003) 16 years ago, as of September 2019, the National Association of Manufacturers reported a record high of more than 500,000 open positions. With all of the natural disasters around the U.S. (and throughout the world), the demand for construction workers also has never been higher. A survey by the National Association of Home Builders found that more than half of contractors had shortages in 12 of the 16 categories.

Complicating Factors for Employers and What is Needed

In the U.S., approximately 55 million people over the age of 55 have retired. In September, the Rand Research Report warned that despite technological advances, globalization and demographic shifts, there has been little change in the education-to-employment pipeline. The result is major shortfalls of workers in many fields. Gordon believes what is needed is a staged transformation into a modern education system at the regional level involving the leadership of major community sectors. In many communities, these programs are already underway. Years ago, Gordon coined the term “Regional Talent Innovation Network” (RETAIN) for these public-private partnerships. Sadly, according to Gordon, they have not yet gained enough traction to have an impact on the overall unemployment situation.

Why is This Labor Market Happening?

While the shortages in Europe are more related to population declines, the challenges in the U.S. relate more to the lack of understanding on the part of government and organizations regarding the need to train and develop staff through the schools, certification programs, and other training opportunities.

What Employers Must Do Now About These Shortages

As an employer, there are several major steps you need to take now to ensure that you will have the people you need in the future: 1) If you have not done so already, begin to “grow your own.” Offer training to your workers who are willing to make the effort and be sure to reward them when milestones are met; 2) Start scheduling “Stay Interviews” right away. Make sure you know why people work for you and take steps immediately to reinforce their good feelings and handle any issues of dissatisfaction; 3) Engage in Strategic Workforce Planning; think about what your goals are and how you will get there. Then think about who you must have or hire to help you achieve those goals. This workforce situation does not look like it will improve soon; employers who choose to ignore these talent deserts may find themselves unable to recruit the people they need or worse, out of business.

For more information about the data in this Herman Trend Alert, contact Ed Gordon at Imperial Consulting Corp. For more about the specific steps to take internally (the last paragraph of this Alert), contact Joyce Gioia at [email protected].

Advertisement
In this article:Employment, Herman Trend Alert
Print
Up Next: