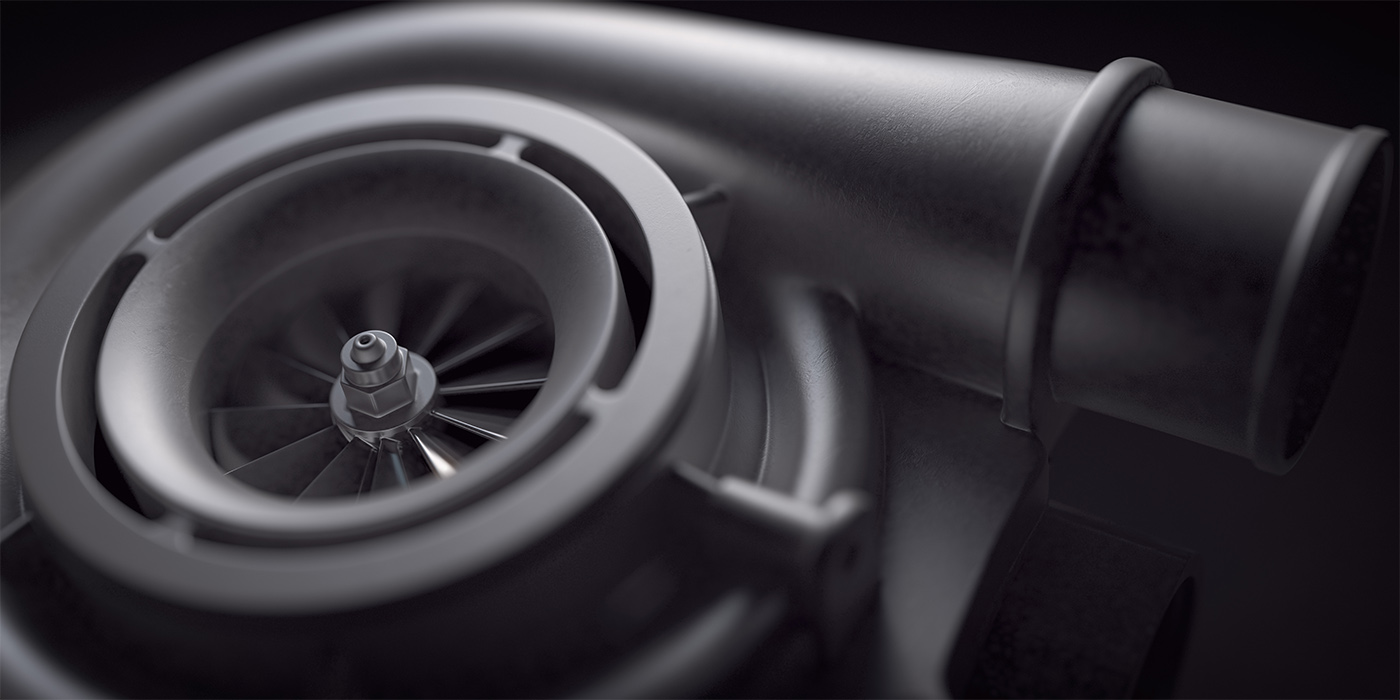 By 2022, it’s estimated that at least 50% of vehicles sold in the U.S. will have one or more turbochargers under the hood.

Turbochargers are not a new technology. During the 1980s and 1990s, many automakers used turbochargers on gasoline engines for limited applications for performance. Many of these vehicles got a bad reputation for reliability and power that came on in one big lump.

By the mid 1990s, many import car and truck manufacturers had stopped using turbochargers on their engines. Many replaced turbocharged four-cylinder engines with larger-displacement V-6 and V-8 engines. Why? Automakers had had enough of rising warranty costs, and consumers began to associate turbochargers with trouble.

How did they overcome the negative image? First, automakers don’t advertise that models are turbocharged in brochures or badge on the trunk lid. Instead, they call the engines “Eco” or put a “T” in the engine’s name. Second, they’ve developed ways to cool the turbo after the engine is shut down to alleviate heat soak. Last, they made a turbocharged engine act like a naturally aspirated engine.

Back in the day, it wasn’t uncommon for a turbocharger on some vehicles to only last between 30,000 and 40,000 miles. The failures were almost always in the center section and caused by the lack of oil flow to cool and lubricate the bearings and shaft.

The lack of oil was caused by carbon deposits in the lines and passages. The most significant part of the problem was that deposits formed when the engine was off and the turbo was heat-soaked.

When an engine stops turning, the oil flowing to the turbocharger stops. The oil inside the turbocharger might drain out of the center section through the return line. The remaining oil in the center section is heated to the point where it’s turned to carbon deposits or what some people call “coke.” Carbon deposits can obstruct the passages that carry oil to the turbine shaft and bearings.

When the engine is running, the oil is a coolant that draws heat out of the turbocharger. But, for the oil to cool the turbo, it must flow. Restrictions in the oil feed or return lines can cause the turbocharger to operate hotter than usual.

Many factors determine the run time and speed of the pump. Most systems look at the engine’s coolant temperature using sensors mounted in the head, block and radiator.

Many engine-management systems look at battery voltage to determine how long the pump can run to cool the turbocharger. Most sophisticated systems use the battery-life monitor that measures the current draw through the positive battery cable. Most systems will prioritize cranking and starting the engine over cooling the turbocharger in situations where the battery is marginal.

Many vehicle owners might not even know if their car or truck is turbocharged. Engineers have taken smaller-displacement engines that don’t produce much torque in the lower rpm ranges and given them better engine-management systems, variable-valve timing and electrically operated wastegates and bypass valves. These engines can have the same power band as engines twice their size.

The wastegate on the exhaust side of the turbocharger regulates the speed of the exhaust turbine. When the wastegate opens, it routes exhaust gases around the spinning turbine to the exhaust manifold or downpipe, causing the turbine to slow down and boost to be reduced. If the valve is stuck open, the turbine won’t spool up, and the boost won’t be generated. If the valve is stuck shut, there can be rapid changes in compressor speed.

With all three valves working together, the boost can be kept in a range where the best fuel economy and power can be produced from a smaller engine. This can be done below 3,000 rpm.

The most common restriction for turbochargers isn’t blockages in the feed line, but elevated crankcase pressure that restricts the return line. The return line on most engines is plumbed into or above the oil pan. If crankcase pressures are high due to blow-by or a restricted PCV system, the oil coming from the turbocharger will have to overcome the pressure to drain into the oil pan.

Diagnosing an under-boost condition on a modern engine requires a scan tool to graph multiple data PIDs from the data stream. The two most important parameters to look at are the desired boost pressure and the actual boost pressure during a test drive

It’s estimated that by 2022, 50% or more of vehicles sold in the United States will have one or more turbochargers under the hood. There are already significant numbers

of vehicles on the roads that are turbocharged and need service. Some of the fixes don’t involve replacing the turbocharger, but the support components that keep it healthy.

Advertisement
In this article:turbochargers
Print
Up Next:

The Future Of Turbochargers