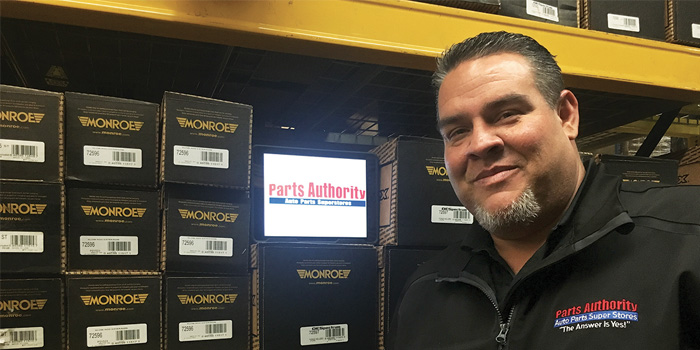 Tenneco has announced that Tony Higgins, an outside salesperson with Parts Authority in San Bernardino, California, is the grand-prize winner of the Monroe 100 Year Sweepstakes social media contest. 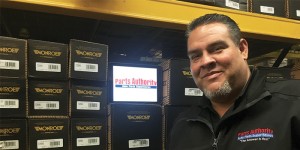 Capping off the celebration of the Monroe brand’s 100th anniversary, Tenneco has announced that Tony Higgins, an outside salesperson with Parts Authority in San Bernardino, California, is the grand-prize winner of the Monroe 100 Year Sweepstakes social media contest, which encouraged consumers and auto care industry professionals to post photos of Monroe memorabilia. Higgins will receive a $1,000 prepaid Visa gift card from Tenneco for participating in the contest on Monroe ride control social media channels.

“We would like to congratulate Tony and thank everyone who participated in the contest,” said Denise Hanefeld, brand and marketing manager, North America Aftermarket, Tenneco. “It’s clear that the Monroe brand’s heritage continues to be a powerful differentiator in today’s automotive service marketplace.”

Higgins, who learned about the contest through Facebook, said he was shocked to hear he had won the grand prize. “I couldn’t believe it,” he said. “I was like, ‘you guys are putting me on.'”

Higgins, whose father was a hobbyist hot rod builder who used Monroe products as far back as the 1960s, said he has been a loyal Monroe enthusiast since the age of five. His career in the auto care industry has only enhanced his passion for the brand.

“I’ve been in this business for 23 years, and the representation Tenneco has given me has always been fantastic,” he said. “Monroe is my personal brand of choice for shocks and struts.”

Advertisement
In this article:celebration, grand prize, Monroe, sweepstakes, Tenneco
Print
Up Next: