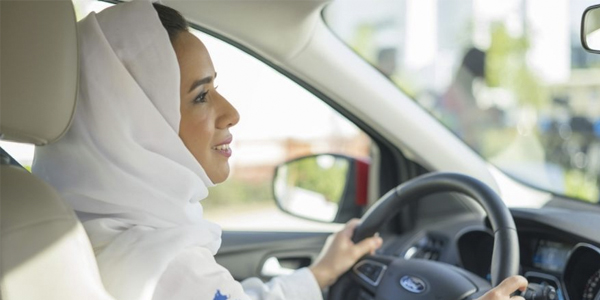 This past Sunday, June 24, Saudi women were granted the right to drive for the first time in decades, as decreed by His Highness, King Salman bin Abdulaziz Al Saud. Projections call for an estimated 3 million women to obtain driver’s licenses in the Kingdom by 2020. 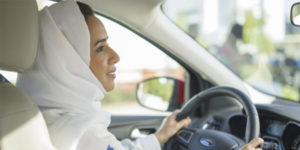 A major international news story has given new meaning to the colloquial phrase: to take a “Sunday drive.” This past Sunday, June 24, Saudi women were granted the right to drive for the first time in decades, as decreed by His Highness, King Salman bin Abdulaziz Al Saud. Projections call for an estimated 3 million women to obtain driver’s licenses in the Kingdom by 2020.

Historically, roadways in Saudi Arabia were reserved only for men, with the Saudi female population being told that driving was immoral for women. According to media reports, some Saudi women say they still do not plan to begin driving, out of fear of retaliation or abuse. There is still considerable pushback from conservatives in the Kingdom, however the government is keeping a watchful eye on the situation. According to one media report, safety concerns for the new women drivers prompted the establishment of an anti-harassment law and the government will begin hiring female traffic police for the highly segregated country as well.

Ford Motor Co. seized the opportunity to show its support following the lift of the driving ban with its #WithYouInFront campaign, creating a video to welcome Saudi females to the driver’s seat. Embracing the spirit of “geddam” – a  colloquial Saudi word, literally meaning “in front,” or  conversationally, to “go for it” – Ford said it hopes to inspire women in the Kingdom to take on their journey. You can see Ford’s video here.

“This is a wonderful moment in history for women in Saudi Arabia because the moment you get behind the wheel of your own vehicle, life can change in so many positive ways. We look forward to supporting a whole new generation of women drivers in the Kingdom,” said Jim Farley, executive vice president and president, global markets, Ford Motor Co.

Earlier this year Ford partnered with Effat University to host “Driving Skills for Life for Her,” a four-day driving program for women in the Kingdom.

Advertisement
In this article:driving, Ford, Saudi Arabia
Print
Up Next:

Taking To The Open Road For Gender Equality In Saudi Arabia