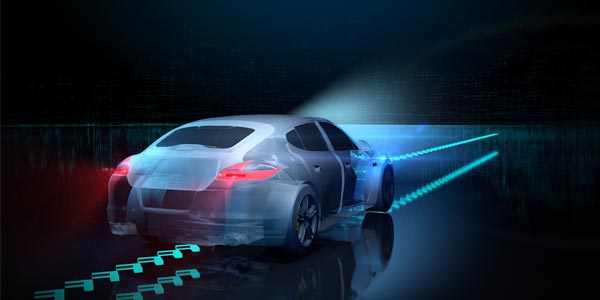 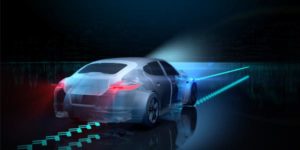 New research on consumer preferences for full autonomy in new vehicles finds the technology is not yet popular among a broad audience, according to analysts at IHS Markit. Ironically, the same audience ranked it among the very features they would be willing to pay the most for in their next new vehicle purchase.

Responses from more than 5,000 vehicle owners intending to purchase a new vehicle within the next 36 months were reviewed in the 2017 Autonomous Driving and Urban Mobility Consumer Analysis, representing five key automotive markets – the U.S., Canada, China, Germany and the United Kingdom. This is the fifth annual survey of its kind from IHS Markit and identified key attributes for consumers, providing insight into preferences, desires and future interest as new vehicle intenders return to market. A number of subjects were covered.

Blind spot detection ranked highest when asked about the most desired features among all audiences, young and old. The propensity to pay for it varied by region, with the U.S. respondents reporting they would be willing to pay significantly more for the technology than consumers in other regions.

“In terms of ADAS safety features like automatic emergency braking and blind spot detection, consumers wanted to see these features standard across the board,” said Colin Bird, senior automotive technology analyst for IHS Markit and co-author of the report. “There is a large subset of consumers who are willing to pay for full autonomy features demonstrating that consumers see this more as a value-add rather than a necessary safety component, at least for now.”

Full autonomy resonates most with consumers in China, and is worth paying for, according to respondents. The study found U.S. consumers are willing to pay as well. Just 44 percent of all respondents indicated that full autonomy would be a desirable feature on their next car, the lowest rank of all of the technologies included in this subsection of the survey. Interestingly, however, it also ranked as the technology that consumers would be most willing to pay for, according to IHS Markit. Price points varied by country, with U.S. consumers indicating they would pay the highest price to have the feature in their next new vehicle.

German respondents indicated they would be willing to pay $1,016 USD for it, nearly 20 percent more than the U.S. audience.

Among consumers surveyed in China, more than 72 percent of respondents reported desire for full autonomy as a feature in their next new vehicle, the highest of all the regions surveyed. They also expressed a willingness to pay for it at the highest cost among other technologies, noting a price point of $557 USD. Many also were interested in related technologies, according to IHS Markit. These included blind spot detection (89 percent), automatic emergency braking (92 percent), lane departure warning (88 percent), highway autopilot (83 percent) and autonomous co-pilot (81 percent).

In comparison, just over half of U.S. consumers surveyed indicated full autonomy is a desired feature in their next new vehicle, though they too seem willing to pay the most for it over other technologies; noting an average willingness to spend $780 USD to have the technology on their next new vehicle. In addition, U.S. consumers are interested in blind spot detection, navigation systems, automatic emergency braking and steering wheel mounted controls.

From a global perspective, highway autopilot also was mentioned as a top technology among consumers surveyed from all regions, but also at a variety of costs. U.S. consumers indicated a willingness to pay $107 more than their nearest counterparts to have their next new vehicle equipped with the technology.

The survey also researched comfort level with vehicle technology by age of the respondent groups. Across all geographies, younger drivers, including Millennials and Generation Z respondents were more interested in full autonomy than other generational groups, with 61 percent suggesting it as a feature of interest in their next new vehicle. Generation X, baby boomers and the swing generation all trail in level of interest significantly, even though these new and evolving technologies will present the greatest opportunity to make transportation and mobility easier for older generations.

“Among new car intenders, ride-hailing services aren’t used as often as a daily commuting option. Instead, the research found that ride-hailing is used more often for weekend trips, errands, and vacations,” sad Bird. “Interestingly, new car intenders are more likely to be drivers for hailing service companies like Uber and DiDi than they are to be passengers. This is particularly the case in the U.K., Germany and Canada, which suggests there could be a lucrative sales model in these markets for automakers.”

Trends: US Automotive Parts Aftermarket To Grow By $11.16B