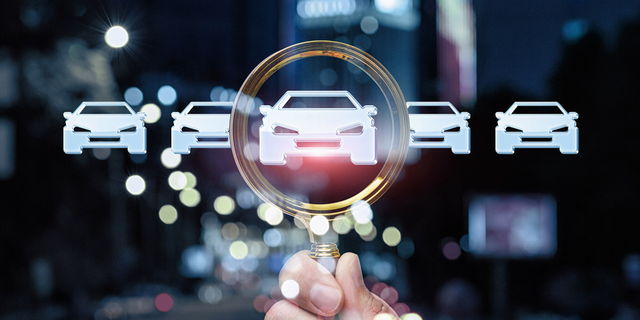 Rental shortages are a new symptom of low car inventory.

It’s finally time. After a year of putting off travel plans, you’ve decided to go big and finally get out of the house, out of the city, out of the state. You’re off to Hawaii. The flight and hotels are booked. There’s just one problem.

After searching feverously, you can’t find any available rental cars. When you finally manage to find a few … they cost three hefty figures a day: $200, $500 — even $700. You could rent a U-Haul to cruise around in for way cheaper.

Fascinatingly, this scenario has been happening quite often lately on the Hawaiian islands due to an unprecedented rental car shortage driven by — you guessed it — the COVID-19 pandemic.1

While the U-Haul phenomenon appears to have been restricted just to the islands (where it is obviously much more difficult to shift around rental inventory to needed areas due to the state’s geographic complexities), other tourist hotspots around the U.S. — including Southern California, the Gulf Coast, Florida and the Carolinas — are also experiencing rental car shortages, driving up prices as demand skyrockets. While the interior of the country still appears to be largely unaffected, the fact remains that there’s a problem with supply and demand, and it’s not going to get better anytime soon.1

What’s behind this shortage exactly? Well, multiple issues have created a domino effect.

Ted Hughes, director of marketing for North America, MAHLE Aftermarket, notes, “[One] reason for the shortage is the ‘just in time’ (JIT) inventory utilized by both rental companies and vehicle manufacturers. Vehicle manufacturers essentially stopped production around the world for at least two months in some degree or another in 2020 and removing that many millions of vehicles from the car parc has a cascading effect through all the channels — not just dealer lots. The shortage transcends class of vehicle, as people are just looking for wheels.”

During these shutdowns, travel also halted almost completely and didn’t show any immediate signs of resuming, so rental fleets tried to sell off significant portions of their inventory in order to have better liquidity to weather the pandemic. Of course, not even that seemed to be enough for some.

For instance, in May 2020, Hertz — the second-largest rental agency in the U.S. — filed for Chapter 11 bankruptcy. However, according to The Wall Street Journal, as of April 2021, Hertz proposed an exit plan that would allow current stockholders to receive warrants to purchase up to 4% of the restructured business — the first time the company has said it is worth enough to distribute some value to its owners. “If approved by the U.S. Bankruptcy Court in Wilmington, Delaware, that outcome would make Hertz a relative rarity in corporate bankruptcies, in which equity ranks behind debt and most often is wiped out,” the article noted.2

While that’s good news for Hertz, there are still problems on the horizon as a result of last year’s decisions. For instance, when rental companies shaved off their fleet numbers, they also canceled up to 80% of their future vehicle orders through the end of 2020.3

While travel demand started rising again last summer and only continues to do so, Hughes says, “Since drastic downsizing occurred and the timeline for recovery was an unknown, it is most likely that the rental companies would proceed cautiously to add back to their fleets, as there are no guarantees against relapses.”

In addition to those cancellations and market uncertainty, manufacturing disruption has since caused a global microchip shortage. According to Zo Rahim, manager of economic and industry insights at Cox Automotive, given how many microchips appear in new vehicles these days, this has been the biggest issue preventing new vehicle production. However, other world events aside from the pandemic have caused supplier disruptions for other raw materials and parts as well.

“For example, when we had the Texas ice storms and there was that energy crisis, that led to an impact from a supplier’s standpoint that caused production challenges for foams that go in your seats and resins,” Rahim explains.

In February, Babcox Media conducted a survey of shop owners, asking, “How is your supply chain of parts and supplies?” While 30% had been able to get what they need, 39% were already finding it more difficult to get parts (although they were still succeeding), while 28% were either starting to see some shortages or having lots of problems finding what they needed. In addition, Babcox surveyed its readers of aftermarketNews (parts manufacturers, distribution companies and marketers) the following month and asked, “What type of specific challenges will your business face during the coming year?” Sixty-three percent cited “dealing with supply chain issues.”

Hughes adds, “Every tier-one supplier to the vehicle manufacturer is going to have shortage to inventory. Other factors include the port overload in Los Angeles, the Far East or even with the Suez Canal crisis; raw material supply has been severely impacted. Add in the workforce shortage from both COVID as well as the enhanced government assistance, and we are facing a major labor issue. Recalling the JIT inventory utilization, and the problem is exacerbated throughout every step in the manufacturing process. Raw materials, labor, logistics — every one of them is operating in crisis mode.”

“The OEMs are facing these challenges on the production end, so what that means is they’re having to choose between the retail market and a consumer market to support versus a fleet market, such as the rental car companies. And so because of that, we’re seeing a shortage of vehicles available in inventory for both consumers and fleet providers,” Rahim explains.

Of course, when cash flow is uncertain, companies generally turn to what they think will bring in the most profits, so it only makes sense that many OEMs have decided to focus more on making popular retail models — namely, SUVs and higher-margin trucks — instead of the compacts traditionally favored by fleets.3

“While not all rental-fleet orders were for cars, the loss of orders from major rental car companies from Hertz to Avis had an impact on the first half of last year as well,” Stephanie Brinley, principal automotive analyst at IHS Markit, explains. “Those canceled orders coincided with production shutdowns, and as production resumed, automakers in some cases shifted planned production from rental-car fleet vehicles to vehicles configured for retail.”

As such, rental cars have not been able to replenish their fleets as quickly in 2021 as demand has warranted.

However, this shortage could present an opportunity for dealers in certain markets, depending on local conditions. If an area is experiencing a rental car shortage, dealerships have the potential of renting out cars to consumers as they would offer loaners for those receiving maintenance services. However, such a move in this current, hot market might not be as lucrative as just outright selling what precious inventory dealers have on hand.

“Right now for dealers, they’re seeing very strong, robust demand for new and used vehicles … driven by the reopening of the economy, household stimulus, tax refunds [and] very low interest rates. But it could vary market by market, and it could be a good solution for dealers that might have extra inventory of vehicles or segments that might not be as high-demand as other segments are … and a different way to provide vehicle supply to the continued increasing consumer demand for vehicles, whether that’s a rental, whether that’s purchase — whatever type of usage that the consumer might have for that vehicle,” Rahim explains. “But right now, even the new vehicle market on the retail side is facing tight levels of supply and an increasing level of consumer demand, so the dealers are seeing a pretty favorable retail environment right now to just sell the vehicle.”

Unfortunately, there’s no short-term solution to this issue, and given the uncertain nature of the pandemic and how it affects different countries around the world, the shortage will likely last for several more months.

“From what we’re hearing and what we’re seeing — at least with the OEMs and some of the chip manufacturers — it’s an unknown situation, a dynamic situation, but I think the consensus is that it may be a little more favorable the second half of the year versus where we are currently,” Rahim concludes.

Advertisement
In this article:car rental, chip shortage, supply chain
Print
Up Next:

The Impact Of Electrification On Business Strategy

The 4-Day Work Week: Not A Pipe Dream Anymore