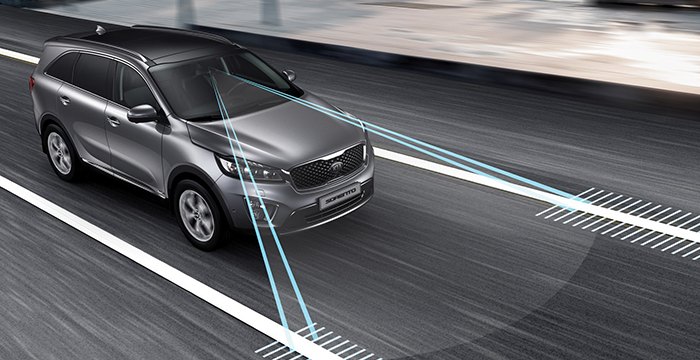 The study found that a majority of respondents had heard of, been exposed to, or interacted with at least one of the nine vehicle safety features studied, but expressed uncertainty about all of the technologies. 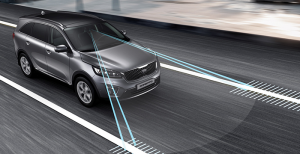 The Kia Sorento features a lane departure warning system that emits an audible alert whenever you stray from your chosen lane. Many manufacturers are now including these safety systems. (Photo credit: Kia.com)

A new, one-of-its kind study from the University of Iowa found that a majority of drivers expressed uncertainty about how many potentially life-saving vehicle safety technologies work. The survey also showed that 40 percent of drivers report that their vehicles have acted or behaved in unexpected ways.

The study, conducted by the University of Iowa Transportation and Vehicle Safety Research Division, examined drivers’ knowledge of vehicle safety systems, as well as their understanding and use of defensive driving techniques. The study combined a literature review, the input of industry and academic experts in human factors research with an in-depth survey of more than 2,000 adult drivers across the United States.

The study found that a majority of respondents had heard of, been exposed to, or interacted with at least one of the nine vehicle safety features studied, but expressed uncertainty about all of the technologies.

“As technologies like rear-view cameras and lane departure warning systems advance and become more prevalent in the cars we’re driving there is a tremendous need to improve consumer understanding of these critical safety features,” said Daniel McGehee, director of the Transportation and Vehicle Safety Research Division at the UI Public Policy Center.

Consumers reported they least understood adaptive cruise control (65 percent) and lane departure warning systems (36 percent). They were uncertain about features that have been standard in American cars for years – such as anti-lock braking systems and tire pressure-monitoring systems, according to the survey.

“The level of confusion about features that have been standard in American cars for quite awhile was really surprising,” McGehee says, noting that tire pressure monitoring and anti-lock braking systems have been in vehicles for some time. “The little details about how some of these systems work are really important when we’re talking about safety. We need to do a better job of making sure consumers are comfortable with them.”

To address that need, the University of Iowa recently partnered with the National Safety Council to launch MyCarDoesWhat, a national campaign aimed at educating consumers about new safety technologies and how they work. The campaign website, MyCarDoesWhat.org includes educational videos and other information about safety features that help drivers avoid or reduce the severity of a crash. The website is part of a larger national education campaign set to launch this fall. The data-driven campaign includes academic and consumer research, videos, graphics, animation, social media, a game, an app and advertising to educate drivers.

The safety technologies included in the study were:

The full technical report of the National Survey can be found here.

US Semiconductor Manufacturing Growth And The Middle Market
Connect with us