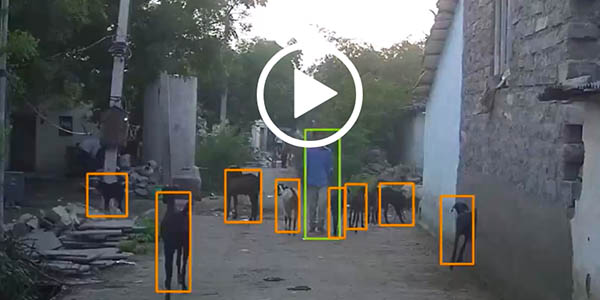 StradVision, an industry leader in AI-based camera perception for ADAS systems and Autonomous Vehicles, has announced it is developing Animal Detection capabilities for its deep-learning based SVNet software, which fills a crucial safety role in self-driving vehicles.

In the U.S. each year, there are more than 1.5 million deer-related accidents, which cause around 200 human deaths and 10,000 injuries, plus more than $1 billion in property damage.

StradVision CEO Junhwan Kim said the new software from StradVision, once deployed, will be a major game-changer for the camera perception industry.

“With the addition of Animal Detection, SVNet will have the ability to almost completely end the tragedies and property damage caused by vehicle incidents involving animal collisions,” Kim said. “Upon detection of an animal, SVNet will be able to assume control of the vehicle virtually at the speed of light, in scenarios where human reactions are not going to prevent the collision. We are truly excited about the possibilities for this technology in the U.S., where car-deer collisions are a problem, and in areas of Asia where animals are a common road obstacle.”

StradVision has long focused on Object Detection as a core function of SVNet, and this new technology will add Animal Detection as one of the standard object detection functions.

The function would enable automakers to proactively stop the vehicle, or steer the vehicle around the animal, if the computer detects an imminent danger. Even more impressive, this function can accurately and swiftly detect animals in difficult conditions such as rain, snow, fog, darkness, and urban situations.

This unprecedented level of accuracy sets StradVision apart from its competitors.

“We have also considered environmental conditions. Even in a road next to trees and branches and other conditions that could hide animals, SVNet maintains a high level of accuracy,” Kim said. “Other perception solutions are often confused in these situations and accuracy goes down, and you don’t want that when there’s a deer about to pop out of the woods.”

With mass production projects ongoing in China and Europe, in partnership with leading global OEMs and Tier 1 suppliers, StradVision will have millions of vehicles on the roadways using its software for Autonomous Vehicles and ADAS systems by 2021 — including SUVs, sedans and buses. StradVision is already deploying ADAS vehicles on Chinese roads.