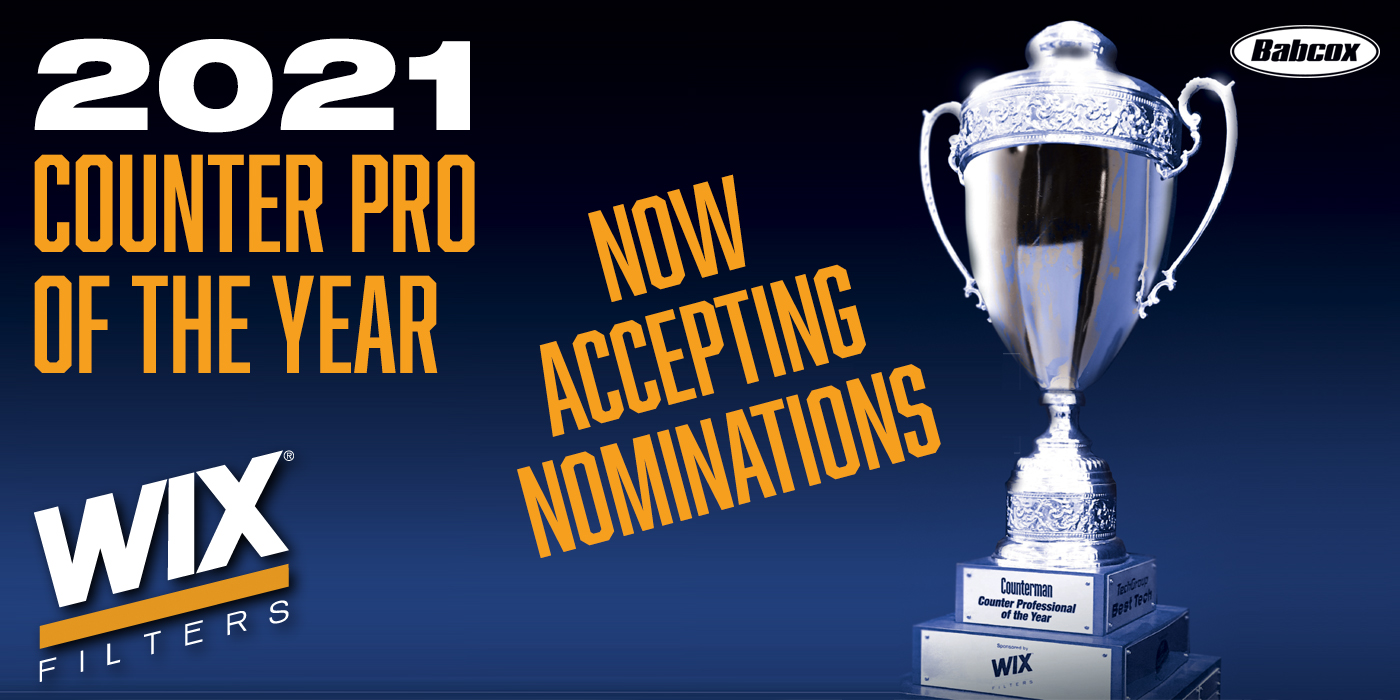 AMN/Counterman Magazine will be accepting nominations through Aug. 1.

It’s hard to believe that we’re closing in on the halfway point of the year. Maybe it’s just because I’m getting older, but it seems like 2021 is zooming by – at an exponentially faster clip than last year. (Granted, 2020 couldn’t end soon enough for most of us.)

Evidently, there’s some basis in human psychology for our perception of time. In a November 2020 article for Psychology Today, Clifford Lazarus explores a few of the theories that attempt to explain why time seems to pass faster as we get older.

“A typical explanation … is the simple fact that for a 10-year-old, one year represents 10% of their entire life and even 15% to 20% of their conscious memory,” Lazarus says in the article. “But one year for a 50-year-old represents less than 2% of their recallable life.”

That might explain why, for my kids, waiting 15 minutes before doing something fun (like going to the park) is the equivalent of waiting “a million hours” (their words, not mine).

Lazarus also references a fascinating theory advanced by Duke University researcher Adrian Bejan, who attributes this phenomenon to physics. Bejan hypothesizes that our days seem shorter as we get older because the human brain takes longer to obtain and process images as the body ages.

“The human mind senses time changing when the perceived images change,” Bejan explained in 2019. “The present is different from the past because the mental viewing has changed, not because somebody’s clock rings. Days seemed to last longer in your youth because the young mind receives more images during one day than the same mind in old age.”

Ultimately, “the phenomenon of time passing faster as we age is but one of the brain’s unknown, and possibly unknowable, mysteries,” Lazarus concludes. While that may be true, it’s interesting to ponder why it happens.

COUNTER PRO OF THE YEAR

Since the late 1980s, it’s been our tradition to feature the Counter Professional of the Year on the cover of the December issue of the magazine. However, because 2020 was such a crazy year, we broke from tradition and unveiled our 2020 Counter Pro of the Year in the February 2021 issue of AMN/Counterman.

To fill out a nomination form for the 2021 Counter Professional of the Year, visit http://counterman.com/cpoty.

We’ll be accepting nominations through Aug. 1. So, if you’re thinking about nominating yourself or a colleague, time is still on your side – for now.

Advertisement
In this article:Counterman, Counterperson of the Year
Print
Up Next:

Still Time To Nominate Someone For Counter Pro Of The Year

Advance Auto Parts, Shell Team up on Gas Rewards Program
Connect with us