The company reported a gross profit of $28.3 million with a gross margin of 10.7 percent. 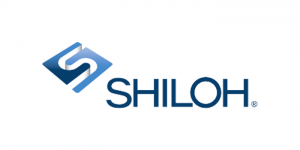 “Fiscal 2017 was a year of meaningful improvement for Shiloh as we continued to make gains transforming from a process company to a value-added product company,” said Ramzi Hermiz, president and CEO, of Shiloh Industries. “We delivered improved mix, higher margins and record Adjusted EBITDA, while providing our customers with leading product solutions supported by excellence in service. During the fourth quarter, we took important steps to optimize our footprint and realign resources as we focus on continued profit improvement, while also better preparing for potential changes in the cycle. We remain encouraged about the long-term drivers of demand for our lightweighting solutions.”

During the fourth quarter, the company incurred restructuring expense of $4.8 million, primarily due to the initiation of actions to idle its Pendergrass facility. This action is designed to improve future profitability and competitiveness. The largest portion of the restructuring expenses is related to non-cash asset impairment costs associated with footprint rationalization and mix shift away from commodity products. In addition, it will implement restructuring measures to improve the overall enterprise structure to proactively address the shift in consumer preferences to trucks and SUVs away from passenger cars and the need for incremental lightweighting technologies.

Shiloh is introducing guidance for the full year fiscal 2018 with adjusted EBITDA in a range of $73 million to $76 million and an adjusted EBITDA margin range of 7.4 percent to 7.8 percent.  In addition, the company expects annual capital expenditures to be approximately 4 percent to 5 percent of revenue.

Advertisement
In this article:Financial, Shiloh Industries
Print
Up Next: