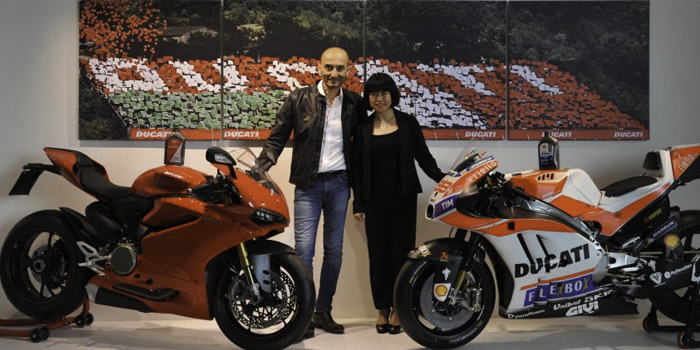 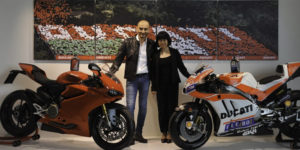 Shell and Ducati have announced an extension of their technical partnership agreement for another three years, taking it past the 20-year mark. Shell also becomes Ducati’s exclusive supplier of aftermarket engine oils for the first time, with the launch of Shell Advance Ducati, Shell’s new motorcycle oil developed specially for Ducati road bikes.

The technical partnership between the two iconic brands has been a major success both on and off the track, enabling the continued development of Shell Advance motorcycle oil in the most demanding settings for the benefit of bikers around the world.

“Shell Advance motorcycle oil has been instrumental in the success Ducati Corse has achieved, aiding our race performance with improved speed and continued reliability. It is extremely exciting to see the partnership extend further to impact our road bikes and now, even our After Sales divisions, so that Ducati customers will benefit continuously from our technical progress as partners on the track,” said Claudio Domenicali, CEO of Ducati Motor Holding.

Shell and Ducati began their journey together in 1999, with Shell supporting Ducati Corse in the World Superbike Championship, before the two later joined forces to contest the MotoGP World Championship. The partnership is one of the most successful in premier motorcycle racing, with over 150 race wins in total, and seven Riders’ World Titles in MotoGP (2007) and the World Superbike Championship (1999, 2001, 2003, 2004, 2006, 2008). All race bikes used by the Ducati Corse factory team in MotoGP run on bespoke race formulations of Shell Advance motorcycle oil.

Carol Chen, general manager for consumer lubricant marketing at Shell, said, “Over the years, Shell’s relationship with Ducati has grown from strength to strength. We have worked together to overcome the challenges of competing at the very pinnacle of motorcycle racing. Now we are bringing collaboration to Ducati riders through our first fill and aftermarket agreements, which means that every Ducati road bike customer can now experience the innovation and performance born of the track from their very first ride.”

“Shell Advance Ultra motorcycle oil is the only recommended motorcycle oil for Ducati road bikes, and our new co-branded aftermarket product, Shell Advance Ducati, complements this and further reinforces the strength of our partnership beyond the first fill,” said Marco Brun, vice president of upstream and country chair of Shell Italy.

New Shell Advance Ducati will first be available exclusively to Ducati aftermarket dealers and workshops in Italy, the U.S. and Canada starting this year.

Advertisement
In this article:Ducati, partnership, Shell
Print
Up Next:

Shell And Ducati Renew Technical Partnership For Another 3 Years