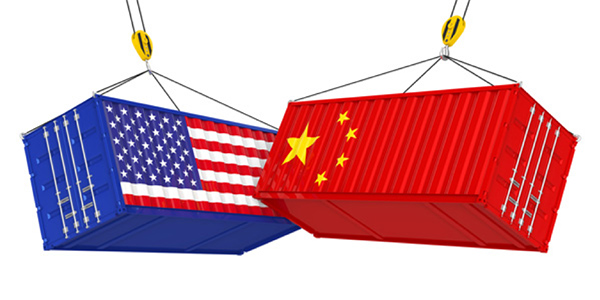 GlobalAutoIndustry.com’s latest Audio Interview “U.S. Trade Representative 4-year review of Section 301 Tariffs on China Imports: What is at stake for the U.S. Automotive Industry?” features Leslie Alan Glick, co-chair of the Butzel Long International Trade and Customs Specialty team, based in its Washington, DC, office. Glick was recently appointed to be co-chair of the American Bar Association, International Law section, International Trade and Customs committee that has over 400 members. He is the author of five books, including on NAFTA and USMCA, and has given a series of seminars on the same topic. He is active in importer response to new tariffs under sections 232 and 301 (having filed over 50 exclusion requests for clients) as well as complex customs country of origin rulings and handled many antidumping and countervailing duty cases on behalf of auto parts producers. He works with U.S. importers and exporters from the top 10 automotive producing countries, including China, Canada, Mexico, Turkey, as well as U.S. importers and industrial users.

In the 15-minute audio interview, Glick discusses these questions:

Click here to listen to the audio interview with Leslie Glick.

Leslie Alan Glick is a Shareholder practicing in Butzel Long’s Washington D.C. office and is co-chair of the International Trade and Customs Specialty Team. Les has extensive experience in the areas of international trade and customs law. He has handled major international trade cases before the U.S. International Trade Commission, the U.S. Department of Commerce, the Office of the U.S. Trade Representative, and the Court of International Trade, including numerous antidumping and countervailing duty cases, and unfair trade practice investigations under section 232(national security) and 337(intellectual property) of the trade laws. In addition, he has handled cases arising under the U.S. Customs laws involving classification, valuation, country of origin marking and customs fraud, and gray market and supply chain security issues (Customs Trade Partnership Against Terrorism).

Les assists U.S. and foreign clients with compliance with laws and regulations of the Food and Drug Administration(FDA), and U.S. Department of Agriculture (USDA)in relation to food products, meat and poultry, plants, medical devices and the importation of pharmaceutical and biological materials as well as consumer product safety and automotive product regulation and recalls(NHTSA and FMVSA). Les has also handled issues with alcoholic beverage imports involving the U.S. Treasury Department Alcohol, Tobacco, Tax and Trade Bureau involving beer and wine imports from Italy, and sake from Japan. Les has represented one of the largest importers of dietary supplements into the United States and assisted them in reclassification of their product as a vitamin that saved millions of dollars in customs duties. He has worked with a large dietary supplement producer in the US and Mexico on various FDA labeling issues and with one of the largest food importers from Mexico on various FDA issues involving registrations, labeling, detentions, HACCP and product recalls. He has assisted a large US pharmaceutical producer with issues concerning imported Active Pharmaceutical Ingredients(API). Les had been a member of the Food and Drug Law Institute and served on the Dietary Supplements Committee and published several articles in their magazine “UPDATE” on the Bioterrorism Preparedness and Response Act of 2002 and other topics. Les has also handled USDA issues involving meat products and assisted in preventing a recall of meat-based products sold by a restaurant chain and retailer

Les has been active in developing customs compliance programs for many U.S. corporations. Les is the author of books on customs law and NAFTA, and he has been widely consulted by companies and trade associations in regard to U.S./Mexico legal questions involving imports, exports, investment, transportation and other areas. He has represented exporters and importers from Argentina, Brazil, Canada, Colombia, Denmark, Ecuador, France, Great Britain, India, Italy Indonesia, Japan, Peru, and Thailand. He also has served as counsel to a Congressional sub-committee and has handled matters relating to legislation. Les is a registered lobbyist and has been active in lobbying on trade matters for companies in the automotive, food industry and others. In addition, Les counsels clients regarding the Foreign Corrupt Practices Act (FCPA) and has developed compliance programs for U.S companies and conduct FCPA compliance audits for a major defense contractor of its agents in Mexico and Colombia . He has also handled sanctions issues under the Office of Foreign Assets Control involving Cuba and Russia. He has been an Adjunct Professor of Law at the George Mason University Law School (University of Virginia) and the University of Baltimore (University of Maryland).

Advertisement
In this article:globalautoindustry.com, Tariffs
Print
Up Next:

Tenneco Poised for Growth in China