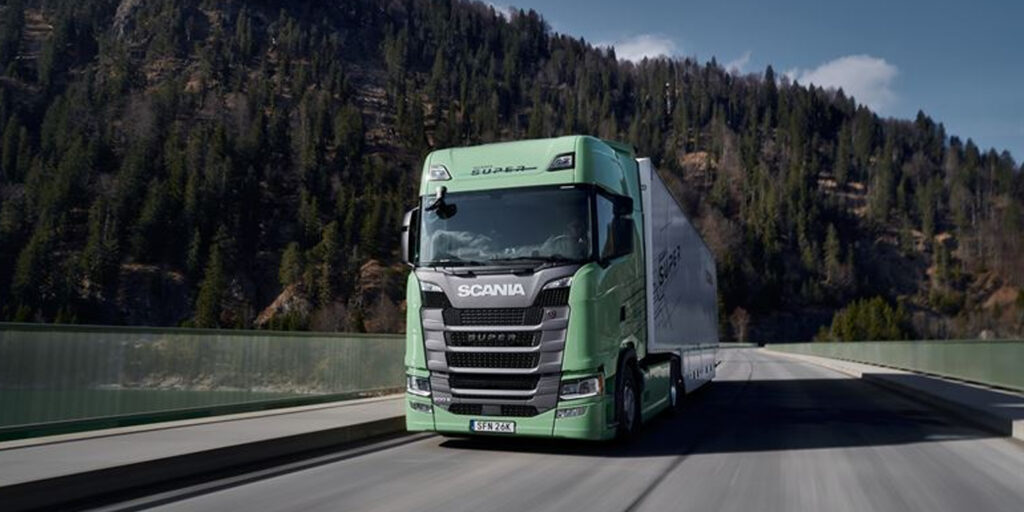 For the sixth year in a row, Scania announced it has been named “Green Truck” for its outstanding transport efficiency and fuel performance. This time, Scania entered a truck with the new Super-based powertrain.

The Green Truck test is organized by the trade magazines “Trucker” and “VerkehrsRundschau.” The purpose is to identify the most efficient heavy truck by using a formula that takes both the fuel consumption and the average speed into consideration.

“I am extremely pleased that a Scania is ranked as the most transport-efficient truck for the sixth time in a row,” says Stefan Dorski, senior vice president and head of Scania Trucks. “Our Super-based powertrain has brought a completely new performance level to the market, with our customers now benefiting from its 8% fuel savings.”

Scania’s new Super engine, a 13-liter inline six, was introduced in November 2021 and is available in four power outputs for Euro 6. It took part in this year’s Green Truck test, which is held in Germany on public roads. The same 340 km route is used every year, with different conditions on the different legs. This time, 4×2 semitrailer-combinations with 500 hp and a total weight of 32 tonnes was stipulated.

“Winning Green Truck is a testament to our achievements and a hallmark for the value that Scania offers,” says Dorski. “These tractors have the same specifications and fuel-saving features that we deliver to our customers, which make them the real winners here.”