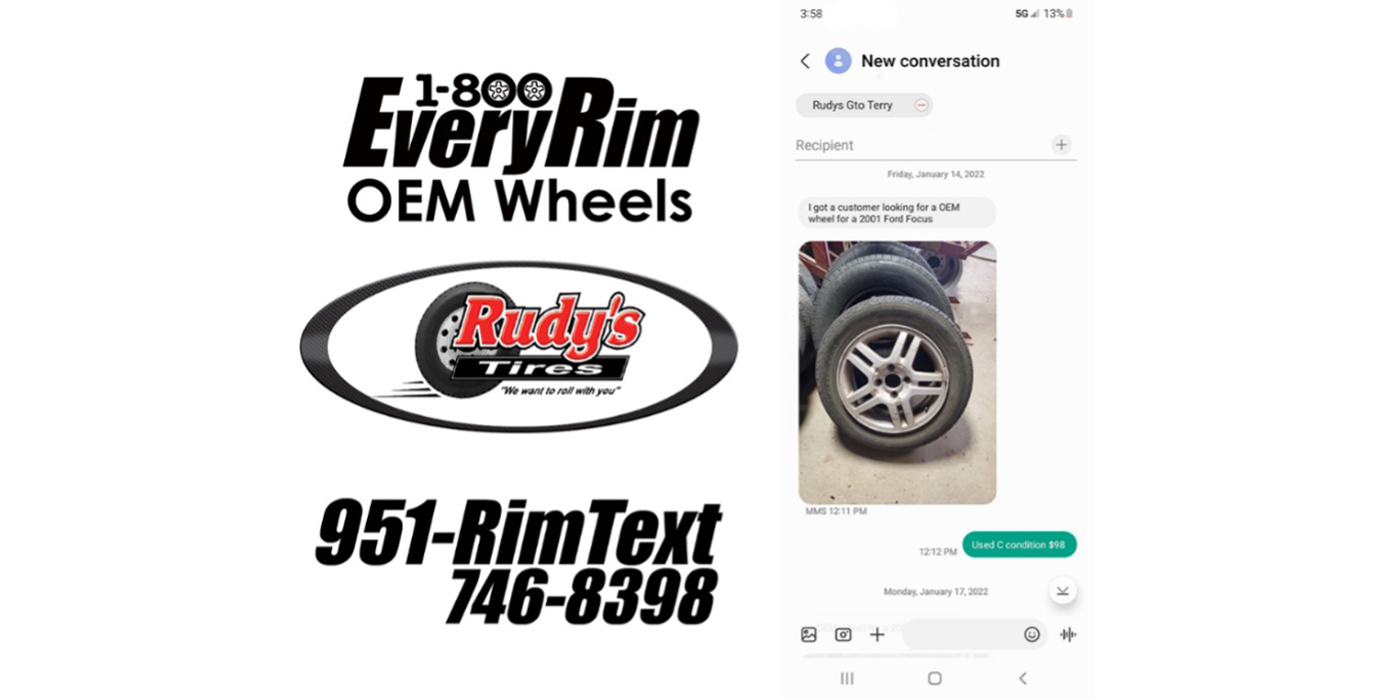 Rudy’s Tires selected the American Cancer Society as the recipient of an additional $1,000 cash prize.

After receiving its half-millionth RimText message, 1-800EveryRim OEM Wheels announced the winner of its contest. By being the 500,000th messager, Terry Rutenbeck of Rudy’s Tires of Wiggins, CO will receive a $1,000 cash prize and chose the American Cancer Society as the recipient of an additional $1,000 which 1-800EveryRim will donate in the company’s name.

“1-800EveryRim is so easy to work with, never had a problem. Everything is easy with [them]” stated Terry of Rudy’s Tires.

“While our web site is also a really good option, after realizing the astounding number of RimText messages we had accumulated, we thought this would be nice to do,” said company president Billy Eordekian

The company states that when texting stock wheel pictures to 951-RimText (951-746-8398), shops get their quote quickly with no vehicle identification necessary. It also offers to buy take-offs wheels via RimText.

Advertisement
In this article:1-800EveryRim OEM Wheels, EveryRim.com
Print
Up Next: