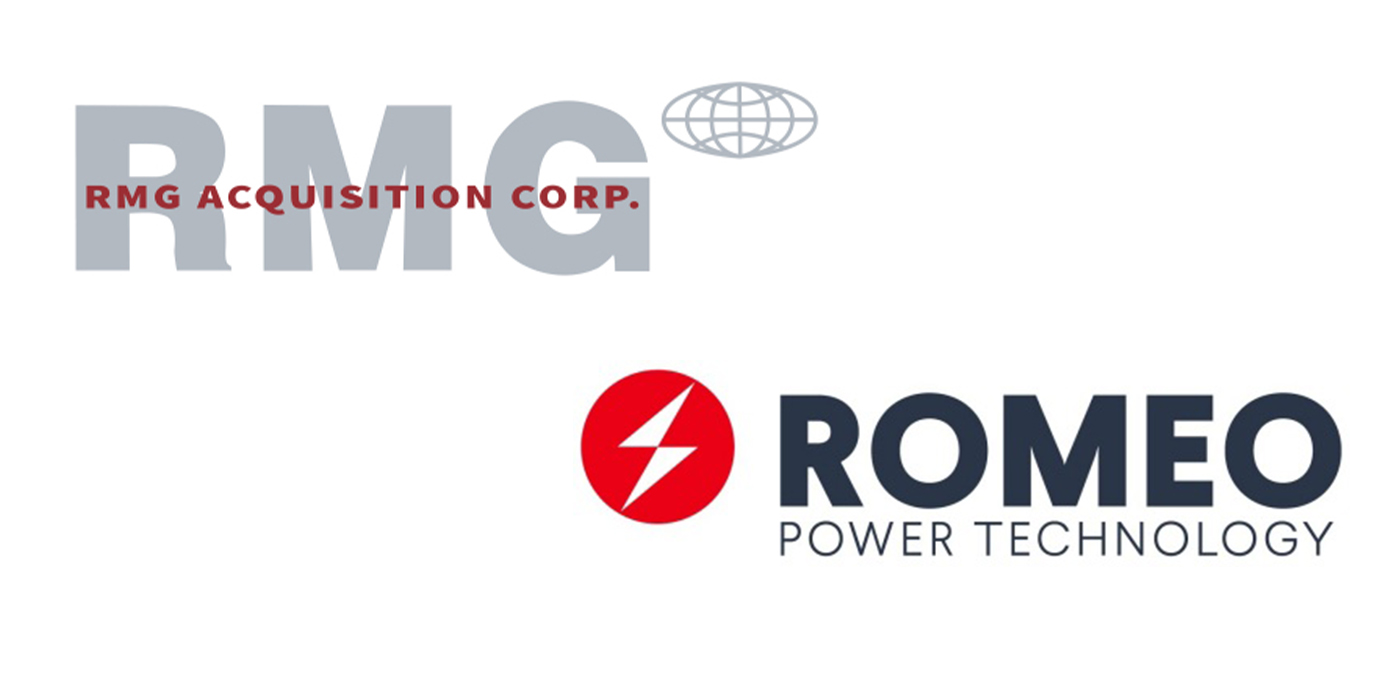 The company will trade under the new ticker symbol “RMO.”

Romeo Power has entered into a definitive merger agreement with RMG Acquisition Corp. Upon closing, the combined company will remain listed on the New York Stock Exchange under the new ticker symbol “RMO.”

Upon closing of the transaction, the combined company will be named Romeo Power Inc. and is expected to remain listed on the NYSE and trade under the new ticker symbol “RMO.”

Romeo Power is a leading energy technology company focused on designing and manufacturing lithium-ion battery modules and packs for commercial electric vehicles. Through its industry leading energy dense battery modules and packs, it enables large-scale sustainable transportation by delivering safe, longer lasting batteries with shorter charge times. The company has completed construction and development of a 7 GWh-capable manufacturing facility in Los Angeles, California, with state-of-the-art manufacturing operations designed and scaled for high growth. Romeo Power’s core product offering serves the battery electric vehicle (BEV) medium-duty short haul and heavy-duty long haul trucking markets, as well as specialty trucking and buses. As the era of gas-powered vehicles continues to decline, Romeo Power’s mission is to be an industry leader in the electrification of the global transportation industry and to be the commercial electric vehicle energy provider of today and tomorrow.

Lionel Selwood Jr., CEO of Romeo Power, commented, “We are thrilled to announce this transaction with RMG, as it allows us to further expand our business and to continue innovating and developing new products. Romeo Power’s proprietary battery systems and patented technologies that we have developed over the past four years deliver differentiated energy density, safety, efficiency and cost-savings. The need for an economically viable shift toward greener methods of transportation is evident, and we look forward to playing a critical role in the electrification of commercial vehicles globally.”

Robert Mancini, CEO of RMG, added, “Since our IPO in early 2019, we have evaluated nearly 150 investment opportunities in search of a company with an industry-leading disruptive technology in the industrial or energy sector. Romeo Power stood out as a differentiated leading battery technology company for commercial electric vehicles, a sector that we think is at an inflection point and poised for unprecedented growth.”

Upon completion of the merger, Robert Mancini, along with Philip Kassin, president and CEO of RMG, are expected to join the board of Romeo Power, contributing their significant business, financial, legal and public board experience to the governance and operations of the company.

Romeo Power has a diversified and high-quality customer base today that represents an estimated nearly 70% of the North America Class 8 market. The company has varying forms of agreements with customers, enhancing visibility into the company’s future growth, including more than $300 million of currently contracted revenue.

Romeo Power is de-risking commercialization through its strategic partnerships with global leaders in vehicle component technologies, including BorgWarner, a global Tier 1 automotive supplier. In May 2019, BorgWarner made a $50 million strategic investment in Romeo Power and entered into a joint venture, with a goal of amplifying its growing portfolio of alternative propulsion products for hybrid and electric vehicles. The investment and partnership reflect significant third-party validation of Romeo Power’s technology, and allow the company to leverage BorgWarner’s customer base, supply chain and manufacturing expertise in order to accelerate growth globally and bolster operational execution in a highly capital efficient manner.

In addition, Romeo Power has a significant partnership with The Heritage Group, a leader in environmental and recycling services. The Heritage Group, through its corporate venture arm, HG Ventures, was an early investor in Romeo Power and a participant in the PIPE, and as part of the partnership, they will support the co-development of a battery reuse and recycle facility for Romeo Power’s batteries near or at end-of-life. The Heritage Group has also committed to a pilot program expected to result in converting 500+ diesel trucks in its fleet to BEVs using Romeo Power’s batteries between 2021 and 2025. Republic Services, the second largest recycling and waste disposal company in the United States with a fleet of more than 16,000 vehicles, is another strategic participant in the PIPE and intends to enter into a strategic alliance with Romeo Power.

“Several of the world’s largest logistics companies have announced their commitments to electric fleets, and just about all major OEMs have announced electric vehicle programs,” continued Lionel Selwood Jr. “The team of experts at Romeo Power, which has experience across the electric vehicle, aerospace, and broader technology industries, is excited about the opportunity to tap into this quickly growing market as we help enable the electrification of the commercial vehicle fleet globally for decades to come.”

Advertisement
In this article:EVs, Mergers & Acquisitions, NYSE, Romeo Power
Print
Up Next: