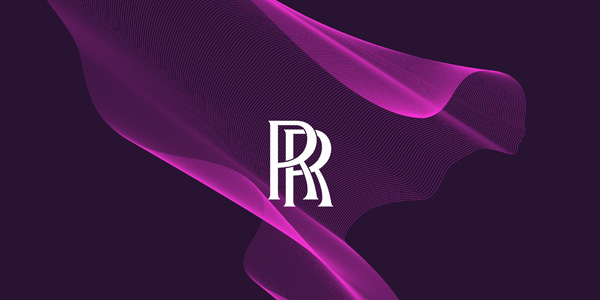 Rolls-Royce announces a new brand identity to further modernize the marque with new visual language that will resonate with younger client demographics, says the company. Design agency Pentagram has been appointed to envision the new Rolls-Royce identity, to be rolled out in September.

“As the marque’s digital presence increases, there has never been a more important time for the visual language of the company to reflect our standing as the leading luxury brand in the world,” said Torsten Müller-Ötvös, chief executive, Rolls-Royce. “We have embarked on a fascinating journey of modernizing our brand identity to echo those changes seen in our portfolio, our client demographic, their lifestyle and the luxury world that surrounds them.”

Rolls-Royce appointed Marina Willer, partner at Pentagram – a multi-disciplinary design studio – to create a new brand identity that could move beyond the mechanics of being the ‘Best Car in the World’, to encapsulate the brand’s presence and standing as a true House of Luxury. The identity was designed to appeal to the new demographic of clients and all that they represent both digitally and physically.

Pentagram embarked upon a deep exploration of Rolls-Royce, including its products – both new and old, its design ethos, its designers, items that are sacrosanct to the marque, and, the unique relationship the marque maintains with its clients. They spent time in the manufactory, understanding the very essence of Bespoke and how this was key to the establishment of contemporary Rolls-Royce.

“What soon became apparent is that Rolls-Royce has evolved from being regarded as an automotive manufacturer into a leading light in the world of luxury,” noted Willer. “It was essential for us to ensure that the brand’s new identity reflected this shift. We needed to present Rolls-Royce in a forward-facing, fresh and relevant way – speaking to new audiences while respecting the company’s loyal clients.”

The Spirit of Ecstasy, having graced the prow of Rolls-Royce motor cars since 1911, will now gain increased prominence in the marque’s brand identity. While the sculpture that leads each motor car in silent grace remains unchanged, an iteration of the enigmatic figurine has evolved into the form of an illustration – one that reads clearly in today’s virtual world.

“The use of the Spirit of Ecstasy marks a shift in the resonance of the brand – from an automotive to a lifestyle context,” said Willer. “She commands an aspirational quality in the luxury sphere and by placing her at the center of the visual language. The Spirit of Ecstasy can now be interpreted as the muse for the marque, in addition to the motor cars themselves.”

When choosing a color palette for the new identity, Pentagram was drawn to purple hues, specifically those with a deep and majestic tone. Historically rare in nature and with roots in mythology, art, piety and royalty, purple has always signified wealth and power. In a nod to the Spirit of Ecstasy, a color named Purple Spirit will pave the way for the future of luxury by becoming Rolls-Royce’s signature color. A metallic Rose Gold was chosen to complement this color. This elegant and modern hue will be reserved for items of longevity and used only in printed form. A wider palette of expressive colors has been determined to be used alongside these primary tones.

Pentagram uncovered typography in the marque’s archives from the 1930s and used an art-deco style as the basis from which to envisage a new Wordmark – one suitable for the modern-day Rolls-Royce. The words ‘Motor Cars’ were reduced in size, with the emphasis reverting to Rolls-Royce, in recognition of the marque’s significantly wider influence outside of the automotive industry. The Wordmark has become more refined in its appearance, depicting the quiet, whispering power of contemporary Rolls-Royce. Special significance has been paid to the letter ‘R’, to provide additional stability and prominence to this important character in the Rolls-Royce script.

Regarding typeface, Pentagram’s design team explored multiple typefaces in search of a font that depicts luxury, without being overtly decorative. They believed the font must also demonstrate the connection with the marque’s rich history. The chosen typeface, Riviera Nights, stems from the same family as Gil Sans Alt, the marque’s previous font, but with additionally crafted and beveled letters.