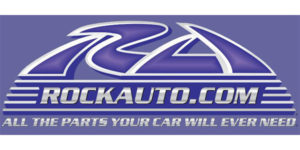 RockAuto.com, an online source for everything automotive, is the newest addition to the Team Lucas family. The Madison, Wisconsin-based auto parts store will be a presenting sponsor of events and television coverage in the 2018 Lucas Oil Late Model Dirt Series (LOLMDS) and the 2018 Lucas Oil Pro Pulling League (LOPPL).

RockAuto.com is a family business founded in 1999 by automotive engineers. The first goal of the company was to liberate the information hidden behind the traditional auto parts store counter. Customers see all available parts, brands and specifications, rather than just what one storefront stocks or one counter person knows.

RockAuto.com’s second goal was to make parts affordable. By remaining a strictly online company, RockAuto.com has no expensive store locations or stagnant inventory. Today, RockAuto ships thousands of parts, from hundreds of manufacturers, to millions of customers all over the world.

“Lucas Oil events are a great fit for RockAuto.com. We have parts for everything from the competing vehicles, to the tow rigs, to the fans’ cars in the parking lot,” said Tom Taylor, RockAuto.com vice president of marketing.

Advertisement
In this article:Lucas Oil, RockAuto, Team Lucas
Print
Up Next: