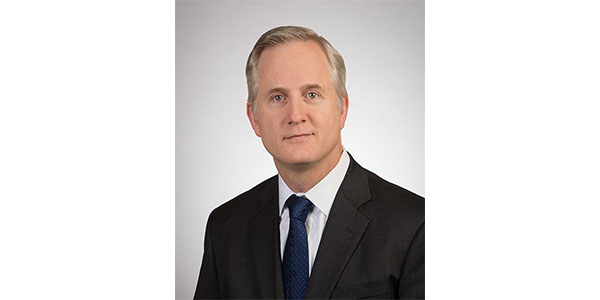 In addition, Sean Lannon (not pictured) has been named CFO.

Axalta Coating Systems’ board of directors has named Robert Bryant CEO on a permanent basis, effective immediately. He had been serving as interim CEO since October 2018, following the resignation of Terrence Hahn, who had only been in the role a few months.

Charlie Shaver, Axalta’s chairman of the board, said, “Over the past two months, Robert has seamlessly stepped into the role of interim CEO and led the company in a challenging market environment. Having worked closely with him over the past six years, I am extremely confident in his ability to lead Axalta effectively as our permanent CEO. The board and I look forward to seeing Axalta build on its success and continue to thrive under Robert’s leadership.”

Bryant added, “I appreciate the Board’s confidence in me and am honored to continue working alongside a talented management team and dedicated employees to build on Axalta’s well-deserved reputation for customer service and innovation.”

Lannon was previously vice president, global controller of Trinseo. Before joining Trinseo in 2011, he was the senior manager, financial reporting at Endo Pharmaceuticals. Lannon began his career at PricewaterhouseCoopers, where he spent more than nine years within the organization’s Audit Practice. Lannon graduated with a Bachelor of Arts degree in accounting from Philadelphia University. He is a Certified Public Accountant.

Bryant concluded, “Sean’s business and financial acumen, years of experience working in increasingly senior finance roles at Axalta, and extensive background in financial reporting make him a great fit to succeed me as Axalta’s CFO. I am very excited to continue working with Sean to grow Axalta and build shareholder value over the long term.”

Advertisement
In this article:Axalta Coating Systems, executive appointments
Print
Up Next:

Personnel: Caliber Appoints Aylwin Lewis To Board Of Directors