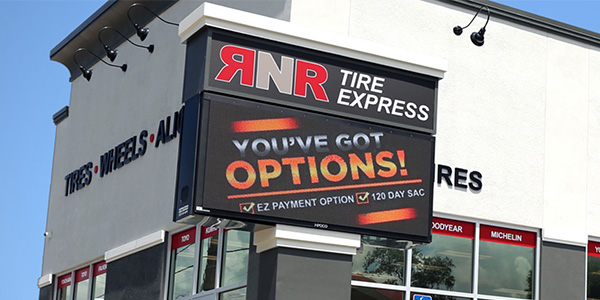 RNR Tire Express, a custom tire and custom wheel franchise, earned spots on leading industry rankings following record performance. Last year, systemwide sales were up 12.1%, putting RNR to $211 million. Now, RNR has rounded out its 20th anniversary year and kicked off 2021 by being recognized for this outstanding performance and staking its claim as the leading rent-to-own tire retailer in the franchise space, said the company.

Recently, RNR was recognized for outstanding performance in brand strength, financial strength, unit growth, corporate support and more – earning the #175 spot on Entrepreneur Magazine’s Franchise 500. Jumping up 90 spots since last year’s ranking, this year the brand has also earned recognition as the #1 franchise in its category –Tires & Wheels. The Franchise 500 is the world’s first, best and most comprehensive franchise ranking and RNR has earned a spot for the last nine consecutive years.

On top of this, RNR was also recognized on the Inc. 5000 ranking this year, coming in at #3953 – with an impressive growth rate of 89.1% over the past three years. The national award is hosted by Inc. Magazine and recognizes the fastest-growing privately-held companies in the United States. RNR was also ranked by Inc. among Florida’s top companies – named #310 in Florida, and #79 in Tampa. The brand was also recognized in the franchise industry, named among the nation’s leading franchise brands on Franchise Times’s Top 200+ awards. RNR ranked #252 based on its global system-wide sales for 2019, establishing itself as the leading rent-to-own tire dealer.

“This year has certainly presented its share of unique challenges, but I am so grateful for the dedication and support of our franchisees and team members systemwide for their ongoing commitment to helping RNR become the best tire and wheel franchise by providing quality tires and custom wheels with affordable payment options in the safest environment for our staff and customers,” said Larry Sutton, president of RNR Tire Express. “As we forge ahead with new store openings and continued record-growth, we are humbled and honored for our brand to be recognized for strong performance in our 20th anniversary year.”

These rankings come after a year of record-growth and sales. The brand has opened 12 new stores in markets across the country. To add to this RNR has also signed development agreements with experienced entrepreneur groups to open more than 47 new stores across the nation – in markets like Ohio, Indiana, Kentucky, Colorado, Arkansas, Arizona and New York – bringing the brand to a total of 421 stores under contract.

For more information on RNR Tire Express or its franchise opportunity, visit www.RNRfranchise.com.

Advertisement
In this article:RNR Tire Express
Print
Up Next:

Christian Brothers Named A Recession-Proof Business
Connect with us