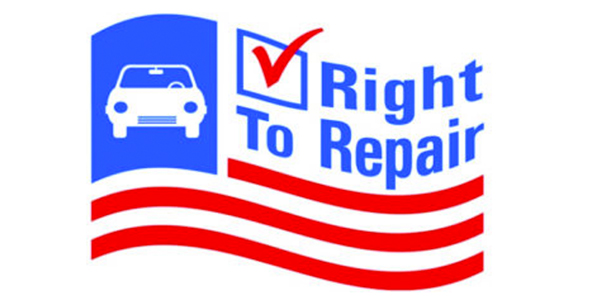 Ballot “Question 1” would give the consumer choice in vehicle repair.

Massachusetts voters are deciding in this year’s election on whether they — and not the vehicle manufacturers — have control over the repair data generated by the vehicle they purchased. The Auto Care Association and the Coalition for Auto Repair Equality (CARE) have supported efforts by the Massachusetts Right to Repair Committee to obtain public support for ballot “Question 1,” which would give the consumer choice in vehicle repair.

“While the battle has been hard fought and expensive, the Auto Care Association is pleased that the most influential publications in the state have seen through the negative advertising campaign being funded by the vehicle manufacturers and have unanimously urged their readers to vote ‘yes’ on Question 1,” said Bill Hanvey, president and CEO, Auto Care Association. “We trust that voters in the state will agree with these publication that the right to repair is important and that advances in vehicle technology should not be used to limit the ability for owners to have their vehicle repaired by the shop of their choice.”

These “‘Yes’ on Question 1” endorsements include:

For more information about the Right to Repair ballot initiative in Massachusetts, visit massrighttorepair.org.

Advertisement
In this article:Auto Care Association, Coalition for Auto Repair Equality (CARE), Right To Repair
Print
Up Next: