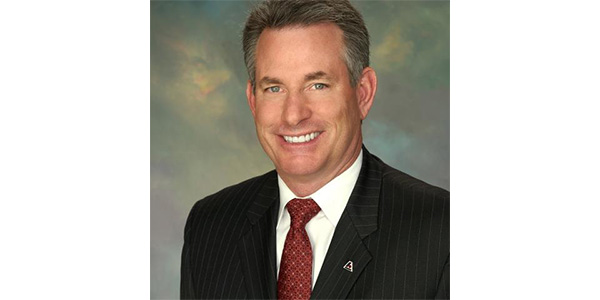 Dauch succeeds Hari Nair, who has been serving as interim CEO since Oct. 5, 2018.

Delphi Technologies PLC has appointed Richard “Rick” Dauch as the company’s new CEO, effective Jan. 7. Dauch also will join the company’s board of directors. He succeeds Hari Nair, who has been serving as interim CEO since Oct. 5, 2018.

“We are pleased to announce Rick Dauch’s appointment as CEO,” said Timothy Manganello, non-executive chairman of the company’s board of directors. “He is a strong executive with more than 25 years of industry experience, including 10 years serving in CEO roles with private and publicly traded companies. Rick’s deep industry expertise, leadership qualities and track record of driving operational excellence and profitable growth make him an outstanding choice to lead Delphi Technologies during a time of dynamic industry change. The board would also like to thank our fellow board member Hari Nair for his leadership as interim CEO while we conducted the search for a permanent CEO.”

Previously, he was president and CEO of Acument Global Technologies, the preeminent global fastening solutions provider to the aerospace, automotive, heavy-duty truck, industrial and non-automotive transportation markets. He joined Acument following a 13-year career with American Axle and Manufacturing, where he last served as executive vice president of worldwide manufacturing for the global automotive supplier of driveline, drivetrain and chassis systems.

“This is an exciting time to be a part of and lead the Delphi Technologies team as we continue to supply our global customer base with an industry-leading portfolio of internal combustion engine, hybrid and electric propulsion solutions. I look forward to our global team creating even greater long-term value for our customers and shareholders as we complete our full transition to a stand-alone company and continue to advance our technology leadership position,” said Dauch. “With the support of our experienced board of directors and working with our leadership team, we will continue to drive execution on consistent strategies for long-term profitable growth.”

Dauch began his career with United Technologies. He previously served as an officer in the U.S. Army for seven years after earning a bachelor’s degree from the United States Military Academy at West Point, where he was a four-year football letterman. He holds master’s degrees in management and engineering from the Massachusetts Institute of Technology, where he was a fellow in the Leaders for Manufacturing Program.

Advertisement
In this article:Delphi Technologies, executive appointments
Print
Up Next:

Accuride’s Board Of Directors Appoints Jason Luo As Interim CEO