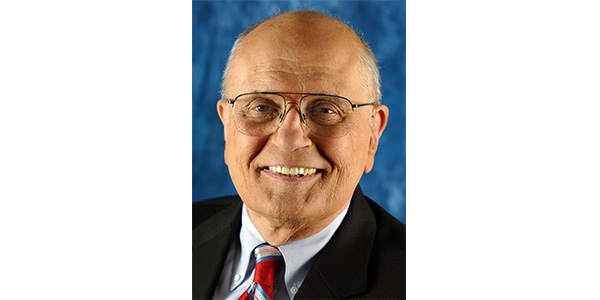 A resident of Dearborn, Michigan, Dingell, a Democrat, was a tireless advocate for the automotive and auto parts industry.

Former Rep. John Dingell, passed away Feb. 7 at the age of 92. According to media reports he was the longest-serving member of Congress on record, spending nearly six decades in Congress. A resident of Dearborn, Michigan, Dingell, a Democrat, was a tireless advocate for the automotive and auto parts industry.

In 2008, he was presented with the MEMA’s Industry Champion award for his advocacy for the supplier industry in the debate over fuel economy. His diligence resulted in provisions in the Energy Independence and Security Act of 2007 that assisted the supplier industry in developing technology to meet the new standard. He also was a strong supporter of the Manufacturing Extension Partnership as well as his leadership in passing the Cameron Gulbransen Kids and Cars Safety Act of 2007.

“John Dingell was a strong supporter of the motor vehicle supplier industry,” said Bill Long, president and chief operating officer, the Automotive Aftermarket Suppliers Association (AASA), and executive vice president, government affairs, the Motor & Equipment Manufacturers Association (MEMA). “We recognized his efforts with our Joseph M. Magliochetti Industry Champion Award, MEMA’s special recognition given to elected officials who have shown outstanding leadership on behalf of suppliers. We also honored him with a special achievement award on his retirement in 2014. The Congressman will long be remembered for his public service and his support of the supplier industry. We join with others around the world in sending our condolences to Congresswoman Debbie Dingell and his entire family.”