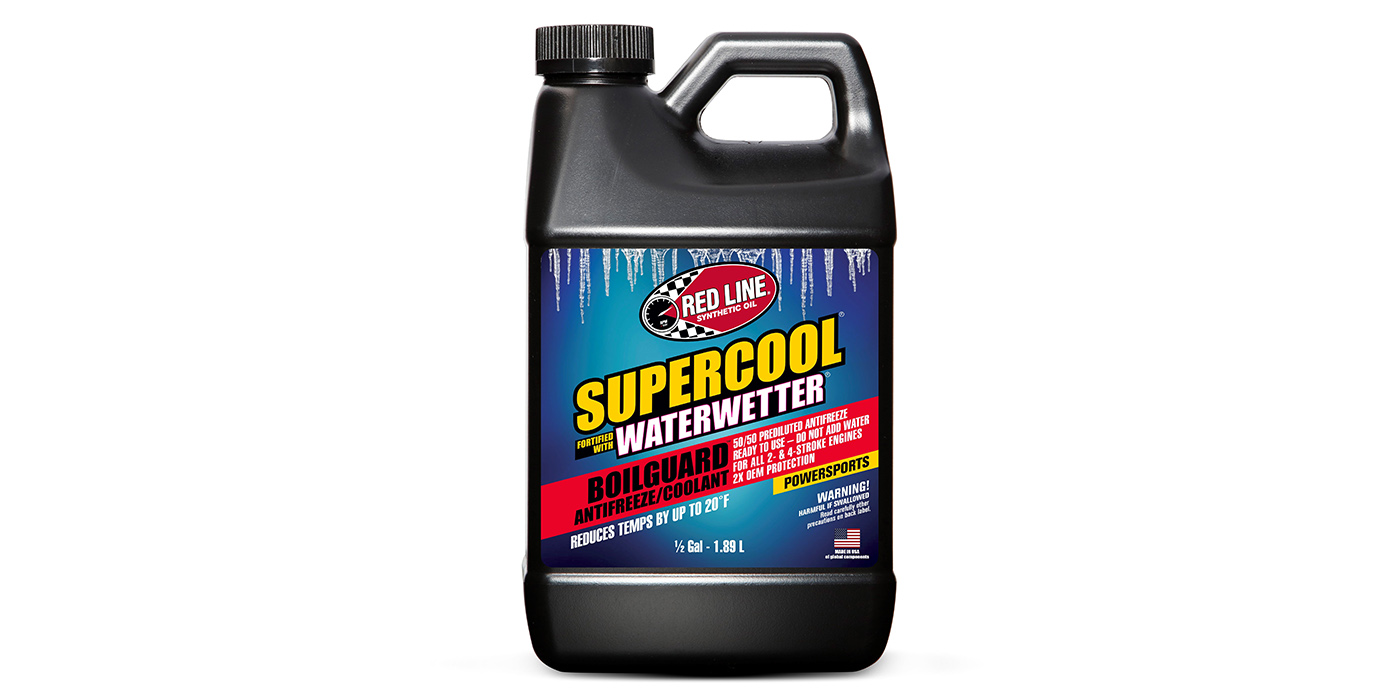 Red Line Synthetic Oil, a leader in the performance lubricants industry, has announced the launch of its new powersports antifreeze/coolant, SuperCool BoilGuard Fortified with WaterWetter. Formulated to lower coolant temperatures by as much as 20° Fahrenheit, the product is made for all 2-stroke and 4-stroke engines found in motorcycles, side-by-sides, ATVs, UTVs and snowmobiles.

Red Line’s new SuperCool BoilGuard is a pre-diluted, ready-to-use formula, designed to maximize the performance of powersports’ cooling systems where freeze protection is required. Additionally, the product maintains superior protection against cavitation, corrosion, and erosion. SuperCool BoilGuard protects the entire cooling system, keeping new components in perfect condition while also preventing further damage to older components. Red Line’s coolant additive formula works by enhancing the fluid’s ability to transfer heat and can be used in both gas and diesel engines. The product is also available as SuperCool Concentrate, for those who prefer to create their own water-to-coolant ratio.

Red Line also announced a refresh to its existing powersports coolant product, featuring a new label, bottle, and name. Formerly known as SuperCool with WaterWetter, SuperCool Extreme is a convenient, pre-mixed solution that also reduces coolant temperatures by up to 20°F for powersports vehicles such as motorcycles, ATVs, karts and more. The coolant will maintain the same popular formula that customers know and love and will remain a go-to option for those who do not also need the freeze protection found in the new SuperCool BoilGuard.

“As we have continued expanding our high-performance coolant offerings over the past year, revamping our powersports line was a major priority for Red Line,” said Justin Johnson, director of Sales at Red Line Synthetic Oil. “We’re confident that our powersports customers will see substantial reductions in coolant temperatures while still maintaining the performance and protection they have come to expect from Red Line products.”

Advertisement
In this article:Powersports, Red Line Synthetic Oil
Print
Up Next:

Performance: The Quaker State 400 Presented By Walmart Comes To Atlanta