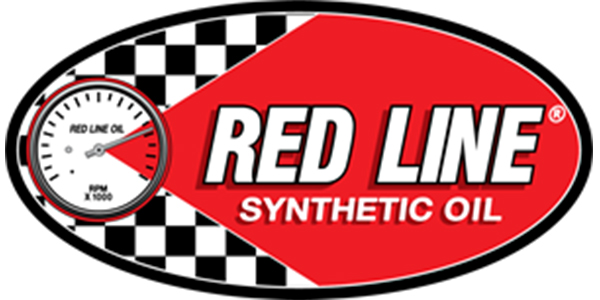 Throughout 2019, Red Line will celebrate its anniversary by sponsoring more events and drivers than ever before.

Red Line Synthetic Oil, supplier of high-performance synthetic lubricants and additives, is celebrating its 40th anniversary in 2019. Evolving from its roots in racing, the company now offers enthusiast and professional product lines. The company says it has been able to expand while remaining true to its customers and maintaining its “best of the best, no compromises” mentality.

Throughout 2019, Red Line will celebrate its anniversary by sponsoring more events and drivers than ever before. These upcoming events include: the SEMA Show, HyperFest, Sturgis Rally, the AIMExpo and the Performance Racing Industry (PRI) show. The company also plans to host unique social and onsite activations designed to reward the loyal customers who have supported Red Line over the past 40 years.

Founded in 1979 by Peter Filice and Tim Kerrigan, Red Line began in a small garage in Novato, California, where they created two-stroke racing oils. Unlike their competitors at the time, Filice and Kerrigan’s product included rust and corrosion protection. Four years into the business, they expanded to fuel additives. The company’s diesel fuel additive eventually became an OEM-authorized solution to Mercedes-Benz mechanics who were dealing with a number of injector problems in certain models. In 1986, Roy Howell, Red Line’s chief chemist, was brought on board as the company went on to release other innovative products such as its coolant additive, WaterWetter, which was used extensively by NASCAR teams to reduce temperatures and gain an advantage on the track.

Today, the company says its logo, complete with the checkered flag, is representative of the brand’s racing heritage. Red Line earned its place as a quality product by providing performance and protection at the highest levels. By word of mouth, the brand entered the racing world, bringing the innovative lubricants and additives to some of the world’s best drivers. Red Line has sponsored everything from NASCAR to drifting, including notable names like Jeff Gordon and Michael Essa.

Founded to provide racers with the highest-quality lubricants available, Red Line began to bring this quality to enthusiasts and everyday drivers. The company’s high-performance motor oils are made from the highest-grade base oils and additives available on the market today to ensure the company providing its customers with the best products available. The high-performance motor oil is a fully synthetic formula recommended for enthusiasts who demand the highest-quality and best performance on the street, track or dirt.

“I have been using and winning with Red Line products for the past 30 years, including my first days racing as a kid in motocross.  Since then, I have continued to use Red Line Oil products by choice in everything from jet skis to go-karts and in the cars I’ve raced with a number of pro teams,” said professional racing driver Memo Gidley. “I think the reason Red Line has such a fantastic line of products is because the company was founded and run by people who have a passion for racing with the ultimate goal…winning! To win, you have to work hard and Red Line’s dedication shows in the quality of their products. This is why I’ve been a Red Line user for so many years.”

“I’ve been in the auto racing industry for over 20 years, as a crew chief, mechanic, engine builder and professional driver. During that time I’ve tried a number of different oils and Red Line’s products are consistently at the top of my list,” said Formula Drift Pro Driver Michael Essa. “I’m excited to continue working with Red Line throughout the 2019 season and beyond.”

Red Line has continued to innovate while expanding its product line. The brand’s Professional-Series, for example, is a line of motor oils designed for professional installers and customers concerned with preserving their vehicle’s factory warranty. What makes this line unique, according to Red Line, is that its fully OEM/API factory warranty-approved and designed to offer advanced wear protection while combating low speed pre-ignition.

“We are extremely proud to have provided the automotive and powersports communities with the best-quality lubricants for four decades,” said Michael Andrew, director of Red Line Synthetic Oil. “Over the years we’ve expanded our product lines to provide more racers, enthusiasts and everyday drivers with the highest-quality products available. We’re looking forward to celebrating our anniversary throughout the year and we’d like to thank our loyal the customers who have supported us over the years.”

Advertisement
In this article:Red Line Oil
Print
Up Next: