Under Bernard’s leadership, Professional Bull Riding’s Built Ford Tough Series regular-season attendance increased 12 percent in 2009, and ratings with television partner VERSUS increased nearly 30 percent last year. The PBR has been quick out of the chutes in 2010 with attendance up 23 percent in its first five weeks of competition. 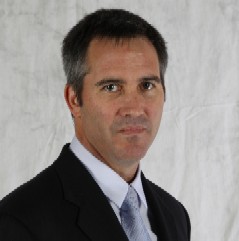 “Randy is the right person at the right time to head the Indy Racing League,” Belskus said. “He brings a superb sports marketing and promotion background, proven CEO skills, energy and enthusiasm at a time when the IZOD IndyCar Series is positioned for growth.”

Bernard said that for the 15 years he has been the CEO of the PBR, he’s been “blessed to work with such a great sport, and I enjoyed the success that we all shared together.”

”But I was ready to make a change in my life,” he said. “Josie George was determined that the change should be with the Indy Racing League, and after significant research, I was excited about the opportunity. I truly believe I can make a difference with the Indy Racing League, and I see tremendous potential. The IZOD IndyCar Series and Firestone Indy Lights have intense action, high-stakes competition, extreme athletes, a diverse international schedule, great sponsors and a very passionate fan base.”

Bernard, 43, produced one of the eight PBR events in its inaugural 1994 season while with the marketing and entertainment department of the California Mid-State Fair and “fell in love with the sport.” He was named CEO in 1995 and worked with the PBR founders in the succeeding years to develop and expand the brand, events across North America and the popularity of the sport worldwide.

Under Bernard’s leadership, PBR’s Built Ford Tough Series regular-season attendance increased 12 percent in 2009, and ratings with television partner VERSUS increased nearly 30 percent last year. The PBR has been quick out of the chutes in 2010 with attendance up 23 percent in its first five weeks of competition.

Professional Bull Riders, the governing body for the stand-alone rodeo event of bull riding, was formed in 1992 in Scottsdale, Ariz., by 20 bull riders who each invested $1,000 to launch an athlete-owned and operated bull riding tour apart from the Professional Rodeo Cowboys Association. Their goal was to increase the opportunity to earn more money as well as to gain some control of their sport.

The announcement was made at a news conference at the Indianapolis Motor Speedway attended by members of the IMS Board of Directors including Nancy George, Josie George and Jack Snyder. IMS Chairman Mari Hulman George, who was traveling, and board member Kathi George Conforti, who lives in California, were not in attendance.

Bernard thanked the Hulman-George family “for allowing me the opportunity to be a part of this great tradition. I have had the opportunity to meet with Ms. George, Josie, Nancy, Kathi, Jack Snyder and Jeff Belskus several times and really look forward to sharing their vision.

“I also look forward to working with Terry Angstadt and Brian Barnhart. They both are highly regarded, and I am confident we will make a great team.”

Ms. George, who has served as chairman of the family-controlled corporation since 1990, praised Bernard’s selection. “Our family has been the steward of the Indianapolis Motor Speedway since 1945 and has owned and operated the Indy Racing League since its founding in 1994. This is our family business, and we have a new generation of family members beginning to be involved. I believe Randy is an excellent choice to head our growing IZOD IndyCar Series and assure that it will continue to be a positive asset for racing and for our family business.”

Ms. George also praised Belskus, who heads all businesses owned by IMS. “Jeff has stepped in during a challenging time in our business, and he is making the changes necessary to insure a healthy future for the Indianapolis Motor Speedway that we can hand over to future generations of our family and the public.”

Belskus noted that Angstadt, president of the commercial division of the Indy Racing League, and Barnhart, president of competition and racing operations, are doing excellent jobs. “Never in the history of the Indy Racing League have we been as strong or as well positioned. Terry has led a superb sales effort that has brought IZOD, Apex-Brasil and others to our sport, injecting many millions of new dollars. Brian has provided racing fans exciting competition with many of the world’s greatest drivers while leading advances in safety and technology, with much more to come. Randy’s leadership will add another dimension to our company, complementing Terry and Brian and allowing them to concentrate on what they do best.”

Advance Auto Parts Elects Paul Raines to Its Board of Directors