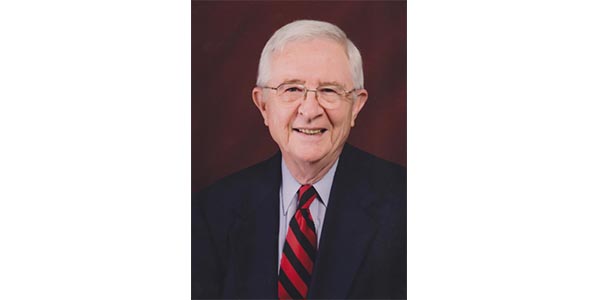 Snow began his career in the retread industry in 1965 joining his family’s company, Dixie-Cap Rubber Co. Four years later he was elected president of Dixie-Cap and served in that capacity until the company was acquired by Oliver Rubber in 1979. Snow spent 23 years at Oliver Rubber serving as vice president and counsel before retiring in 2002. In 2003 he became a registered mediator for the Georgia Office of Dispute Resolution, and also facilitated mediation seminars at the University of Georgia School of Law.

Snow was a founder of the Tread Rubber & Tire Repair Materials Manufacturers Group (TRMG) and participated in writing the group’s bylaws. He served several times as the organization’s chairman, corporate secretary and permanent chair of the legislative committee. Snow also was involved in the formation of the Tire Retread and Repair Information Bureau (TRIB) and served as corporate secretary and a board member. In 1992, he helped form the Retread Industry Government Advisory Council (RIGAC), assisted in writing the council’s articles of incorporation and served as its corporate and TRMG delegate.

He was inducted into the Tire Industry Hall of Fame in 2011 and was a member of the International Tire and Rubber Association, where he held leadership positions and won a leadership award.

Tire Industry Association CEO Roy Littlefield said he met Snow in 1979 and he quickly became a mentor, colleague, advisor and dear friend. “Buddy was a special person — intelligent, hardworking, thorough, professional, supportive, kind, sensitive, polite and gentlemanly,” he said. “He was a Tire Industry Hall of Fame industry leader. I will be forever grateful for the positive impact he had on my career.”

A graduate of Emory University and the Small Company Management Program of the Harvard Graduate School of Business, Snow earned his law degree from the University of Georgia School of Law. He also served in the U.S. Air Force with Military Air Transport in Dover, Delaware, the Metropolitan Armed Forces Police in Boston, and the Office of Special Investigation in Atlanta.

Snow was active in the Athens community in civic and corporate roles. Among them: past board chairman of St. Mary’s Hospital and the St. Mary’s Hospital Foundation; board member of Bensons Inc.; past president of the Athens Rotary Club; board member of the First National Bank of Athens; and a member of the Salvation Army advisory board. He also was a long-time deacon and former chairman of the board of deacons at the First Baptist Church of Athens.