This edition of “Ask the Industry” looks at the affect changes in U.S. currency is having on the automotive aftermarket industry, particularly the manufacturing sector. Helping us sort through this complex issue is Frank Hampshire, senior director of market research for the Automotive Aftermarket Suppliers Association (AASA) and the Motor & Equipment Manufacturers Association (MEMA). In this exclusive “Ask the Industry” discussion, Hampshire says the fluctuating value of the dollar isn’t all bad for aftermarket manufacturers. 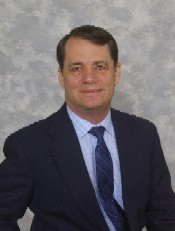 AKRON, Ohio — This edition of “Ask the Industry” looks at the affect changes in U.S. currency is having on the automotive aftermarket industry, particularly the manufacturing sector. Helping us sort through this complex issue is Frank Hampshire, senior director of market research for the Automotive Aftermarket Suppliers Association (AASA) and the Motor & Equipment Manufacturers Association (MEMA).

In this exclusive “Ask the Industry” discussion, Hampshire says the fluctuating value of the dollar isn’t all bad for aftermarket manufacturers.

What impact has the fluctuating value of the U.S. dollar had on the manufacturing sector?

Eventually almost every aspect of our economy will be influenced by currency fluctuations. Several areas are already directly impacted by the weak dollar: energy costs are higher and raw materials cost more to make or import.

However, it’s not all bad news. Beneficial ramifications include more competitive prices for exports of U.S. made p rod ucts and a better economic climate for manufacturing.

How does the value of the dollar elsewhere impact energy costs here?

Almost all energy costs are tied to the cost of oil. If the price of oil were to double, demand for energy derived from coal, for example, would push the price of coal up to a point where it again reaches equilibrium.

Oil, in dollars per barrel, is bought and sold in international markets. As the value of the dollar drops, the rising price of oil hits us harder than many other countries. For example, if oil prices go up 10 percent while the value of our currency falls by 10 percent; it is as if the price went up only for us, but stayed the same for other world economies.

This also has the result of stimulating oil demand as countries gobble up relatively cheap oil, and this pushes up the price even more.

So, is this the same thing that happens with raw materials?

Not exactly. The weaker dollar works in nearly the same way to affect the prices of raw material imports as it does with oil, but the problem is compounded for domestically-produced raw materials.

Higher energy costs make the process of extracting, refining and formulating or fabricating raw materials cost more. In addition, for those raw materials such as resins and plastics which contain petroleum or petroleum by-products, the costs are directly elevated regardless of the origin of the oil consumed.

So the weaker dollar makes everything we pay for more expensive … but you said the value of the dollar can also be beneficial to manufacturers. How can this happen?

It is important to remember that the full impact of the weak dollar is not a positive one. However, for some manufacturers there may be aspects that out weigh most of the negative factors.

The weak dollar makes exports more affordable to international customers, and an expanding global marketplace means new opportunities. This is especially true for manufacturers of products with little energy or petroleum content, and for smaller manufacturers without a global presence.

For these businesses, this is a time when the rest of the world is increasing purchases of high quality, bargain priced U.S. p rod ucts.

If this positive impact of a weak dollar on exports is limited to only some manufacturers, how could this provide a better economic climate for U.S. manufacturing?

Executives of overseas companies, especially those in the European Union, have been watching their countries become high-cost production centers. At the same time, due to the lower value of our currency, the United States is becoming a lower-cost production center, a benefit shared by other countries with economies linked to the value of the dollar. Although we are no way nearly as low-cost as developing countries, given U.S. manufacturing experience and the quality of our workforce, we are becoming more competitive.

In addition, companies try to diversify their production centers due to volatile currency movements and differences in the economic growth of countries. In part because of our proximity to Europe , we are a good choice for this diversification.

The U.S. market is desirable – we know our consumers, we have a history of innovation, we are highly efficient and we are very productive. Two recent examples in the news recently are the report that Airbus, the airplane manufacturer, is considering the construction of a final assembly plant in Alabama , and Volkswagen is searching for possible sites in the United States or Mexico .

Do you have any predictions about the future value of the U.S. dollar?

Ordinarily, the first course of action for a country with a sliding currency value would be to increase interest rates. This encourages local investment and slows the outflow of currency that is due to rising prices of imports and increasing offshore investment.

Unfortunately, the U.S. economy is at a very high risk of recession and the constant pressure of inflation is barely in check. This, and the problems in the mortgage markets, makes interest rate cuts far more likely than rate hikes.

Complicating the situation is that China and Japan are preventing their currencies from rising against the dollar, essentially closing these markets to U.S. exports.

One of the worst economic outcomes that could occur with a recession would be an inflation climb (due to the high cost of oil and rising prices of imports) which could return our economy to the “stagflation” that we saw in the 1970s. With no other tools at our disposal, it would appear that the value of the dollar would continue to fall before it begins to recover.

Advertisement
In this article:Ask the Industry
Print
Up Next: