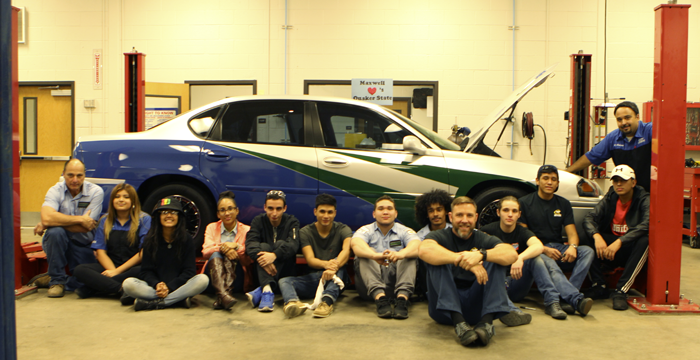 As the grand prize winner, the Maxwell High School of Technology team, the Navigators from Atlanta, was awarded a $2,000 AutoZone gift card along with a custom advertorial in the February 2016 issue of Popular Mechanics. 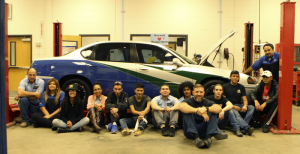 After six weeks of intense competition, Quaker State has announced the top three schools from the “Best in Class Challenge,” a custom, hands-on automotive education program for high school auto shops from across the United States. As the grand prize winner, the Maxwell High School of Technology team, the Navigators from Atlanta, was awarded a $2,000 AutoZone gift card along with a custom advertorial in the February 2016 issue of Popular Mechanics to spread the word about their hard work and automotive skill.

In addition, the Scorpions from Satellite High School in Orlando, Florida, and Team ATC from Iredell Statesville Schools Automotive Technology Center in Charlotte, North Carolina, each received a $1,500 AutoZone gift card and will be joining Maxwell High School of Technology as they participate in a Mecum Auctions’ classic and collector car auction in Austin, Texas, on Dec. 11. 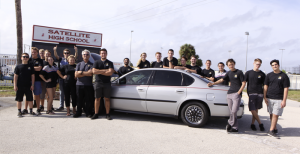 The Scorpions from Satellite High School.

Beginning in September 2015, 26 schools from across the U.S. competed to be nominated for the challenge and had two weeks to secure as many votes as possible. The five school auto shop teams, one from each market (Chicago; Northern New Jersey; Atlanta; Orlando, Florida; and Charlotte, North Carolina), with the most votes became finalists and participated in the six-week automotive challenge. The five finalist schools were judged on strict automotive criteria including engine presentation, cabin detailing and exterior finish.

“We developed the ‘Best In Class Challenge’ to help automotive students get hands-on experience outside the classroom and under the hood. The passion for the program has surpassed our highest expectations,” said Gita Gidwani, Quaker State global brand manager. “We hope the competition has inspired the students to continue honing their craft and ultimately become the auto technicians and engineers of the future.” 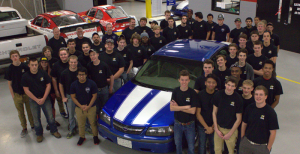 Through the “Best in Class Challenge,” five auto shop teams were responsible for restoring, tuning and customizing a pre-owned car (valued at approximately $3,000) into a showroom-ready, creative representation of their school. Each school completed specific challenges every week and were then judged on various automotive criteria including quality of interior and exterior vehicle improvements, diagnostic testing results and overall creativity. Competition mentors and judges were Tommy Pike, owner of Tommy Pike Customs in Greenville, South Carolina, and Paul Menard, driver of the No. 27 Quaker State-Menards Chevrolet SS from the NASCAR Sprint Cup Series.

“Growing up I was just like all of these students, curious about cars and eager to get under the hood. That passion is ultimately what led me to my profession,” said Pike. “For aspiring gearheads, tearing a car down to its bones and building it back up is a dream come true. I’m thankful that Quaker State gave me the opportunity to be a part of a great program like the ‘Best In Class Challenge’ and hope to have helped inspire the next generation of automotive enthusiasts.”

At the Mecum Auction, members of the three finalist teams will be on stage while their custom creations cross the block with support from Pike. The teams will each have an opportunity to auction off their customized vehicles to the highest bidders with proceeds going to their high schools.

“We are so grateful to have been able to be a part of the Quaker State ‘Best in Class Challenge,’” said Max Chavez, auto shop team leader for Maxwell High School of Technology. “It’s great for a brand like Quaker State to realize the potential in our students as the next generation of automotive technicians and giving them the hands on experience they need to fully realize the opportunities that lie ahead.”

The Trevians from New Trier High School in Chicago, and the Kards from Kearny High School in Northern New Jersey also both received a $1,000 AutoZone gift card to congratulate them on their hard work and dedication throughout the competition.

Quaker State Announces Winners Of The ‘Best In Class Challenge’